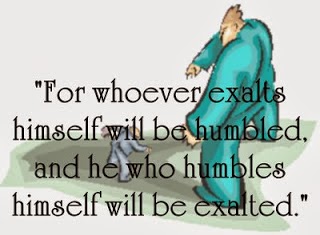 The LORD is a God of justice, who knows no favorites. Though not unduly partial toward the weak, yet he hears the cry of the oppressed. The Lord is not deaf to the wail of the orphan, nor to the widow when she pours out her complaint. The one who serves God willingly is heard; his petition reaches the heavens. The prayer of the lowly pierces the clouds; it does not rest till it reaches its goal, nor will it withdraw till the Most High responds, judges justly and affirms the right, and the Lord will not delay.

Beloved: I am already being poured out like a libation, and the time of my departure is at hand. I have competed well; I have finished the race; I have kept the faith. From now on the crown of righteousness awaits me, which the Lord, the just judge, will award to me on that day, and not only to me, but to all who have longed for his appearance.

At my first defense no one appeared on my behalf, but everyone deserted me. May it not be held against them! But the Lord stood by me and gave me strength, so that through me the proclamation might be completed and all the Gentiles might hear it. And I was rescued from the lion's mouth. The Lord will rescue me from every evil threat and will bring me safe to his heavenly kingdom.  To him be glory forever and ever. Amen.

Jesus addressed this parable to those who were convinced of their own righteousness and despised everyone else.  "Two people went up to the temple area to pray; one was a Pharisee and the other was a tax collector.  The Pharisee took up his position and spoke this prayer to himself, 'O God, I thank you that I am not like the rest of humanity -- greedy, dishonest, adulterous -- or even like this tax collector.  I fast twice a week, and I pay tithes on my whole income.’ But the tax collector stood off at a distance and would not even raise his eyes to heaven but beat his breast and prayed, 'O God, be merciful to me a sinner.' I tell you, the latter went home justified, not the former; for whoever exalts himself will be humbled, and the one who humbles himself will be exalted."

The Gospel reading for today is quite opportune for the signs of the times for the Catholic Church. We have just recently concluded the first Philippine Conference on New Evangelization last week, that was held at the Royal and Pontifical University of Sto. Tomas, and we are still earning the fruits of that Conference.

Why am I connecting the Conference on New Evangelization to our Gospel today? You know, I think that in the Philippine Catholic setting, there is what we call the 'first son' syndrome, or, better yet, the 'Pharisee and the tax collector' syndrome. What is the 'first son' syndrome? In the parable of the prodigal son, the first son, who is hardworking and loyal, got mad with the second son, because the second son was given mercy and forgiveness by their father.

We have had some issues lately between the Church and those who are rather contending the position of the Catholic Church, on matters such as the RH Bill, which is now the Reproductive Health Law, same-sex marriage, divorce, etc. There is, therefore, a tendency for the Catholic Church to be militant or reactionary.

There is the tendency to have the 'first son' syndrome because some groups think they are always right. There are those who believe that the Diocese of Rome has been vacant since Pope Pious XII, or since the implementation of Vatican II. There are well-meaning Catholics who do not like Vatican II. Meron pa ngang galit na galit sa Vatican II, because of the reform of Vatican II. Pag tinanong ko naman kung nabasa na nila ang Vatican II, eh hindi naman pala nila ito nabasa, kahit isang dokumento nito. But this is not the way things should be.

Now, what was the Gospel all about? Jesus addressed the parable to those who are convinced of their own righteousness, and those who despise everyone else because they are convinced of their own righteousness. The Pharisee in the Gospel spoke his prayer to himself. He thanked God that he is not like anyone else, and that he is God's gift to humanity. Praise me, praise me, praise me. Tama ba 'yong dasal na 'yon? But you might have that syndrome.

I think the Church's position against the RH Bill, against same-sex marriage, is correct, and I support the Church's decision. Pero sa tingin ko, nagkamali tayo sa approach. We cannot condemn people. How will we be able to convince them to go to Church, if we tell them that they will go to hell? The Church is about dialogue, kailangang makipagkaibigan tayo sa kanila. But first, we should ask forgiveness. We should begin from the view point of humility.

Are you humble? Sino dito ang humble, taas ang kamay. (laughs) 'Father, ako humble. And I am proud of that.' (laughs) No. If you are proud, you are going to be humbled. Everyone of us will be judged. And if we are aware of our sins, and are sincerely sorry for them, we will do what the tax collector did. Makasalanan ako, ni hindi ako makatingin sa langit, kaya dito ako titingin sa lupa. Mahihiya ako. Shame is a good thing. We try to boost self-esteem but shame is a good thing, kung nahihiya ka sa mga kasalanan mo. Shame is the beginning of redemption. Kung hindi ka na nahihiya sa mga kasalanan mo, wala nang redemption.

Let us ask forgiveness from the Lord. And then let us ask forgiveness from those who we have offended. Don't wait until you are about to die. Pilots say that in flying a plane, 'to take off is optional, but to land is mandatory'. Kung nasa taas ka, ang sarap sarap ng pakiramdam kaya mayabang ka, kasi may gasolina ka. Eh kung wala ka nang gasolina? Kaya hanggang may gasolina ka, i-landing mo na ang iyong eroplano nang dahan-dahan. Ganoon din sa buhay natin. The way of humility is slow, dahan-dahan lang. Let us accept our sins, our faults, and sincerely ask for forgiveness.

'Lord, have mercy on me, a sinner.' There is no other way. No other way.

Posted by Unknown at 9:43 AM No comments: