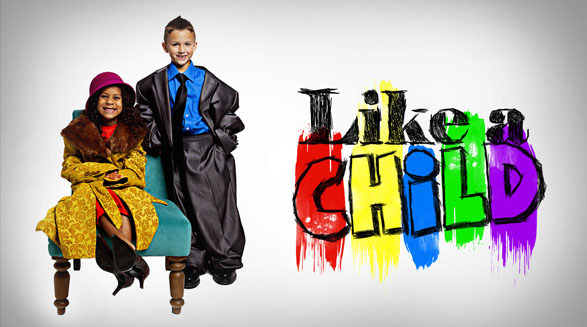 When Moses had finished speaking to all Israel, he said to them, “I am now one hundred and twenty years old and am no longer able to move about freely; besides, the LORD has told me that I shall not cross this Jordan. It is the LORD, your God, who will cross before you; he will destroy these nations before you, that you may supplant them. It is Joshua who will cross before you, as the LORD promised. The LORD will deal with them just as he dealt with Sihon and Og, the kings of the Amorites whom he destroyed, and with their country. When, therefore, the LORD delivers them up to you, you must deal with them exactly as I have ordered you. Be brave and steadfast; have no fear or dread of them, for it is the LORD, your God, who marches with you; he will never fail you or forsake you.”

Then Moses summoned Joshua and in the presence of all Israel said to him, “Be brave and steadfast, for you must bring this people into the land which the LORD swore to their fathers he would give them; you must put them in possession of their heritage. It is the LORD who marches before you; he will be with you and will never fail you or forsake you. So do not fear or be dismayed.”

“See that you do not despise one of these little ones, for I say to you that their angels in heaven always look upon the face of my heavenly Father. What is your opinion? If a man has a hundred sheep and one of them goes astray, will he not leave the ninety-nine in the hills and go in search of the stray? And if he finds it, amen, I say to you, he rejoices more over it than over the ninety-nine that did not stray.  In just the same way, it is not the will of your heavenly Father that one of these little ones be lost.”

What is my point in trying to share this to you, my brothers and sisters? If we have small children in our midst, if we have babies in our midst, di po ba ito ay nagbibigay sigla, nagbibigay ilaw sa buhay natin? Minsan nga, kahit hindi natin sariling anak, kung gusto nating hiramin ang kanilang mga babies, hinihiram din natin.

However, my brothers and sisters, nakakalungkot din minsan na....lalo na sa ibang bansa, gusto nilang magpakasal pero ayaw nilang magka-anak. Kung ayaw nilang magka-anak, sana hindi na lang sila nagpakasal. Because to enter the sacrament of marriage is also to be open to the gift of life. That is why two people would ask for the sacrament and blessing of Jesus, so that they, too, can also be given a life, and that is another child or another human being. Oftentimes, it is sad, or too selfish for couples to think only of themselves and their happiness.

Another point in our Gospel today is for us to be humble. Just like in the First Reading, Moses knew that his mission is only up to a certain point. And so he said that it was time to let go and let Joshua lead the Israelites to the Promised Land. Sometimes, we have young ones who would try to correct the older ones. But the older ones will feel insulted, na para bang sinasabi nila na 'sino ba itong nagsasabi sa akin, ako pa itong kinorekt niya eh mas bata pa siya sa akin...wala siyang respeto, ah'. No. Even the young ones can teach the older ones. Because they themselves are intellectuals. They would discover new things, try to inquire about things. But we, older ones, oftentimes say, 'alam ko na 'yan....hindi ko na 'yan kailangang malaman pa'. We stop inquiring, we stop learning. And to stop discovering new things in life is tantamount to saying that one is also about to stop living.

If you will stop learning, exploring new things, discovering new things in life, wala nang silbi ang buhay. Wala nang dapat pang malaman. That is why Moses was ready to let go of his mission and to allow the young ones to continue and pursue the journey to the Promised Land. This is the invitation of Jesus in today's Gospel - to welcome the young ones into our life, to learn from them, and to let go of our mission. If we have already reached the twilight of our lives, then it is time to pass along the key to the younger ones, because they, too, need space to grow, to discover Christ, and to lead other people.

This is my prayer for us today, that more of our young ones will be daily mass goers like you, and really living up the Christian faith. Let us hope and pray that we, the older ones, can continue to be living witnesses of Christ's love to the young, so that they, too, may reflect the image of Jesus in their life. Amen.