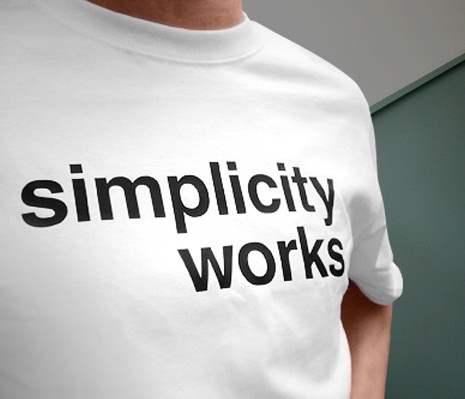 As Moses came down from Mount Sinai with the two tablets of the commandments in his hands, he did not know that the skin of his face had become radiant while he conversed with the LORD. When Aaron, then, and the other children of Israel saw Moses and noticed how radiant the skin of his face had become, they were afraid to come near him. Only after Moses called to them did Aaron and all the rulers of the community come back to him. Moses then spoke to them. Later on, all the children of Israel came up to him, and he enjoined on them all that the LORD had told him on Mount Sinai. When he finished speaking with them, he put a veil over his face. Whenever Moses entered the presence of the LORD to converse with him, he removed the veil until he came out again. On coming out, he would tell the children of Israel all that had been commanded. Then the children of Israel would see that the skin of Moses’ face was radiant; so he would again put the veil over his face until he went in to converse with the LORD.

At nakikita naman talaga natin 'yong kapayakan at ang pagiging simple ng ating Holy Father. From the beginning until the end, all the images of the Holy Father exude simplicity. Halimbawa noong siya ay papa-alis - ewan ko kung nakita ninyo, ano - umaakyat ang Holy Father, dala-dala niya ang sarili niyang bag. He was carrying his own bag while he was coming up the plane, with no assistant to carry it for him. And when he came down and was already touring the city of Rio de Janeiro, ang sasakyan niya yata ay parang Kia Pride lang yata iyon, eh. Mas magara pa ang sasakyan ng kanyang mga security. He insisted that he would only use a simple every day car, with no tint, so that people can see him. Ang mga security niya natatakot, sabi nila mahirap naman 'yan, ano, because he was the Holy Father. But he was saying that the reason why the youth of the world went there, is so that they can see him. So bakit daw siya magtatago, kung 'yon naman talaga ang ipinunta nila, ano. The simplicity of the Holy Father....

In our First Reading, what did we hear from the book of Exodus? Moses was given the Ten Commandments. And Moses went up to Mount Sinai. We know that during this time, God was not yet known to the Israelites. Hindi pa nagsasalita ang Diyos noon. God was then considered to be unknown, from a distance, hindi nakakausap o hindi nakikilala. And yet, according to the Reading, when Moses went down to the mountain, what happened? His face was shining with the divinity of God. And according to the Reading, the people of Israel can see the presence of God in the very person of Moses. Again, the grammar of simplicity. He did not even have to speak; His very person already radiated the presence of God. The complicated God was made simple in his very life.

Alam ninyo, meron akong mga professor sa seminaryo. There are only two kinds of professors. Ano 'yong dalawang uri? There are professors who make the simple, complicated. (laughs) 'Yon 'yong pag nagsalita sila, hindi mo maintindihan. And there are professors who make the very complicated, very simple. Ganoon lang 'yong gustong sabihin sa atin ni Pope Francis. We must be able to speak the grammar of simplicity, even in our every day relationships with one another.

For example, in your homes. Do you speak the grammar of simplicity to your children? You do not have to speak about what the Bible is saying. For example, if the husband is faithful to his wife, and his children see this, you are already speaking the grammar of simplicity. What Jesus said about 'for this reason, a man will leave his father and mother and clings to his wife, and the two of them shall become one flesh', hindi mo na kailangang sabihin 'yon. Pag nakita 'yan ng mga bata sa iyo, mauunawaan na nila. If you are very honest at hindi ka nagsisinungaling, they do not have to read 'thou shall not bear false witness'. Sa buhay mo pa lang, mauunawaan na nila 'yon. When you forgive one another, your children do not have to read in the Bible, 'forgive 70 times 7 times'. In your life, mababasa na nila, mauunawaan na nila 'yon - the grammar of simplicity.

So, in simple words, what is the Pope telling us in the recent World Youth Day? Our life may be the only Bible that people may read, and therefore, we must speak the language of the Bible in our very lives, in our very action. 'Yon din 'yong sinasabi ng ating First Reading. When Moses, in his person, was able to radiate the grandeur of God.

Alam po ninyo, itong araw na ito ay mahalaga din para sa akin. This is my 17th anniversary in the priesthood. (loud applause) And because of that, magkakaroon tayo ng second collection mamaya. (laughs) Hindi, biro lamang po ano. In my 17 years of priesthood, 'yon lang din ang aking pangarap. I hope that I was able to speak the grammar of simplicity, making the complicated, simple. O baka naman I am making the simple, more complicated. Nakakahiya naman, ano. I pray to God that I am not that kind of a priest. I pray that even in my priesthood, I am able to speak the grammar of simplicity, and radiate in my person the mystery of the God that we are following.

We were 20 when we were ordained, and we are celebrating our 17th anniversary today. In this mass, I would like to ask for your prayers, that you continue to pray for our whole batch, that we may continue to be the language of God to the modern culture. Let us pray for this grace as we continue this Holy Eucharist. Amen.