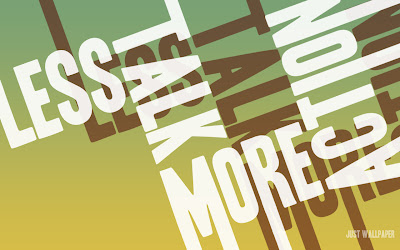 Brothers and sisters: Since the law has only a shadow of the good things to come, and not the very image of them, it can never make perfect those who come to worship by the same sacrifices that they offer continually each year. Otherwise, would not the sacrifices have ceased to be offered, since the worshipers, once cleansed, would no longer have had any consciousness of sins? But in those sacrifices there is only a yearly remembrance of sins, for it is impossible that the blood of bulls and goats
take away sins. For this reason, when he came into the world, he said:

Sacrifice and offering you did not desire, but a body you prepared for me; in burnt offerings and sin offerings you took no delight. Then I said, As is written of me in the scroll, Behold, I come to do your will, O God.

First he says, Sacrifices and offerings, burnt offerings and sin offerings, you neither desired nor delighted in. These are offered according to the law. Then he says, Behold, I come to do your will. He takes away the first to establish the second. By this “will,” we have been consecrated through the offering of the Body of Jesus Christ once for all.

There was once a Hindu and a Christian who were in a conversation. The Hindu wanted to be converted to the Christian faith. And so the Christian who was over eager and a little bit arrogant, said, "Ok, I want you to become a Christian, I will give you a Bible. Study this Bible and maybe, after some months, I will get back to you and see whether you have been a good Christian."

After some months, they met again. The over eager Christian asked the Hindu, "So, are you now a Christian?" The Hindu said, "Yes, yes. Actually I have been baptized at the nearest parish." Then the over eager Christian said, "Ok, let me test you....How many disciples did Jesus have?" And the Hindu could not recall. "What is the name of the mother of Jesus?" The Hindu could not recall either. "What is the name of the mother of John the Baptist?" The Hindu also could not recall. The Christian asked the Hindu many details about the Bible, and he could not answer the questions. And the Christian said, "So how could you call yourself a Christian, when you cannot even answer the basic facts about the Bible?" And then the Hindu said, "Well, I could not answer the questions that you asked me, but since I became a Christian, this is what I can say. I stopped cheating people. I stopped lying. I stopped my vices. I stopped hitting my wife. I guess you can call me a Christian because of that.".....End of the story.

Now what is the story telling us? When I read this story, I remembered one old text message that I received. It says, "Well done is better than well said." Well done is better than well said. Most of our Christianity is at the level of the 'well said'. I am sure anyone of us here, if I ask you how many disciples did Jesus have, all of you can answer that question. If I ask you the name of the father and mother of St. John the Baptist, I'm sure all of you could answer that question. And if I ask you several facts on our Lord in the Bible, I'm sure most, if not all of you, can answer the question.

But remember the Christian principle: "Well done is better than well said." Our Responsorial Psalm says it well. "Here I am, Lord, I come to do Your will."

In our Gospel for today, what did we hear? A controversy about Jesus and His relatives. Jesus was teaching, and His relatives came. Dumating sila doon. And the people said, "Lord, Your mother, and Your sisters and Your brothers are here." And then what did Jesus say? Who are my mother and my brothers? Who are my sisters? They are those who do the will of the Father.

Jesus is telling us that our affinity, our identification, our claim towards Jesus, is not only at the level of the well said. 'Yong masasabi natin, "Oh, I know people. I know your relatives. I am your relative. I know things about you." That could be a part, but that is not all. And the heart of Christianity is what our Responsorial Psalm says. "Here I am, Lord, I come to do Your will."

Whenever we go to mass, we hear the priest say at the time of Consecration, "Do this in remembrance of Me." Jesus said, "Do this." He did not say, "Memorize this", or "Put this into your memory, in remembrance of Me." Marami sa atin, marami tayong naaalala tungkol kay Hesus. Pero ang tunay na sukatan ng ating pagiging Kristiyano ay kung ito ay ating isinasabuhay.

As we receive the Lord later on in Communion, let that be the grace that we will ask from the Lord. That we may translate into action the many things we know about the Lord at the level of our minds. May our minds and our hearts be one, as we continue our Holy Eucharist. Amen. 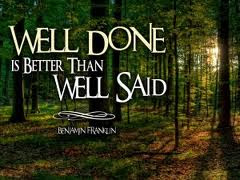