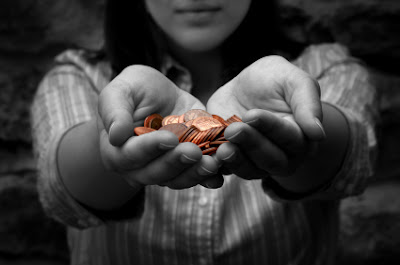 I, John, looked and there was the Lamb standing on Mount Zion, and with him a hundred and forty-four thousand who had his name and his Father's name written on their foreheads. I heard a sound from heaven like the sound of rushing water or a loud peal of thunder. The sound I heard was like that of harpists playing their harps. They were singing what seemed to be a new hymn before the throne, before the four living creatures and the elders. No one could learn this hymn except the hundred and forty-four thousand who had been ransomed from the earth. These are the ones who follow the Lamb wherever he goes. They have been ransomed as the first fruits of the human race for God and the Lamb. On their lips no deceit has been found; they are unblemished.

When Jesus looked up he saw some wealthy people putting their offerings into the treasury and he noticed a poor widow putting in two small coins. He said, "I tell you truly, this poor widow put in more than all the rest; for those others have all made offerings from their surplus wealth, but she, from her poverty, has offered her whole livelihood."

In the mass, what we commonly call as the Offertory is actually called the Presentation of Gifts, where Jesus is offered, as the Offering and the Offerer, the Gift and the Giver. And during this holy part of the mass, I am sure you have something prepared, or an amount to be put in the offertory basket. Is it big? Is it small? Sometimes, it depends on our capabilities, or sometimes on our motivation. Some people give bigger amounts because they receive big amounts, while some people give smaller amounts, because perhaps they receive smaller amounts.

Let us now associate this with God's situation. In the Gospel Reading for today, we see that Jesus was inside the temple, observing two kinds of people giving something to the collection box. The first He observed were the wealthy people, and they gave only what they consider their surplus, kung ano ang sobra sobra sa kanila. And here comes now a widow, giving only two coins. Jesus then told His disciples that the poor widow gave more than the wealthy ones, because she gave all that she had, her entire livelihood.

What then, is the true spirit of giving? I would like to share three points, for our reflection. 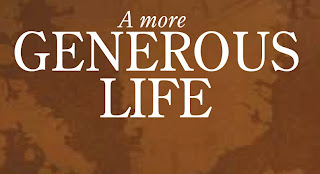 First, when we give something, we leave or create a space for God to fill in again. When I get something out of my pocket and gives it someone, I feel more blessed. Why? The money in my pocket may be limited, but I believe that God, who will fill in my pocket again, is a God of limitless blessings.

Second, giving in itself is an act of thanking. We cannot give what we don't have, and we have heard that so many times. Thus when we give something, it means that we are blessed, and have the capability of giving, and it comes from our God who has all the capacity to give. Masasabi natin na mas mapalad nga na tayo ang nagbibigay, at hindi tayo ang namamalimos o nanghihingi. Therefore, we have all the reason to thank our Lord, our Benefactor, the limitless God, our God who gives to us unconditionally.

Third, the true spirit of giving is selfless. It is giving till it hurts. That what was the widow did, when she gave her two coins. Selfless giving is the act of giving what is most precious to us, without any reservation. The widow gave all of herself unconditionally, because she believed in the generosity of God.

Whenever we give something, particularly to the Church, is it an act of commitment? Is it true generosity or charity from our part? Or is it just for the sake of giving? 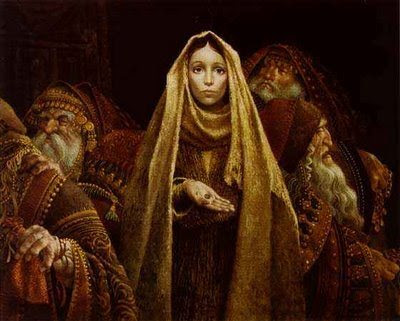