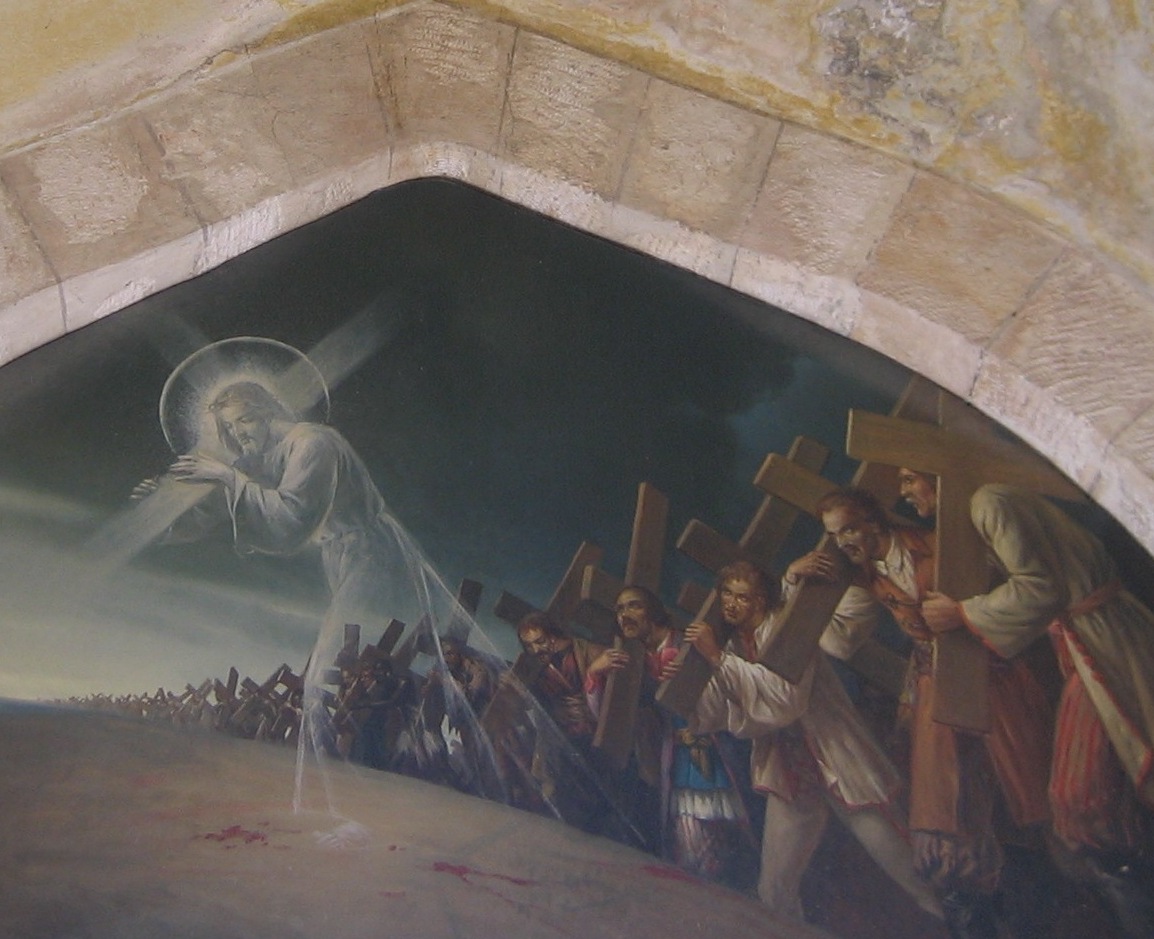 A new king, who knew nothing of Joseph, came to power in Egypt. He said to his subjects, “Look how numerous and powerful the people of the children of Israel are growing, more so than we ourselves! Come, let us deal shrewdly with them to stop their increase; otherwise, in time of war they too may join our enemies to fight against us, and so leave our country.”

Accordingly, taskmasters were set over the children of Israel to oppress them with forced labor. Thus they had to build for Pharaoh the supply cities of Pithom and Raamses. Yet the more they were oppressed, the more they multiplied and spread. The Egyptians, then, dreaded the children of Israel and reduced them to cruel slavery, making life bitter for them with hard work in mortar and brick and all kinds of field work—the whole cruel fate of slaves.

Pharaoh then commanded all his subjects, “Throw into the river every boy that is born to the Hebrews, but you may let all the girls live.”

When Jesus finished giving these commands to his Twelve disciples, he went away from that place to teach and to preach in their towns.

Here in our Gospel of St. Matthew, Jesus talks about His final instructions to his apostles. Here, we see that to be an apostle of Jesus, we must be ready to make sacrifices. Jesus is telling us that if we love other people more - even those dear to us, such as our parents and children - then we are not worthy of Jesus Christ. Jesus tells us that there will be times when we have to give up our own life for the sake of His Kingdom.

In other words, and in summary, we, as followers of Jesus Christ, must learn how to carry our own crosses. We have a lot of trials and difficulties in life, and we consider them as our crosses. But the most unbearable and hardest cross to carry is the cross of our own life, the cross of our own selves. 'Yon daw po ang pinakamabigat na krus na buhatin, 'yong krus ng ating pagkatao. Marami tayong mga pagkakamali, marami tayong mga pagkukulang at mga kakulangan. Pero itong mga kakulangang ito ang dapat nating laging pilit na binabago at pinapasan na aayon sa turo ng Ebanghelyo.