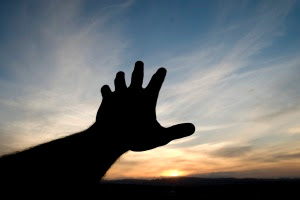 February 21, 2012
Tuesday
Weekday
by V. Romeo A. Almeda
Sharing God’s Message to Me

30 They went on from there and passed through Galilee. And he would not have any one know it; 31 for he was teaching his disciples, saying to them, "The Son of man will be delivered into the hands of men, and they will kill him; and when he is killed, after three days he will rise." 32 But they did not understand the saying, and they were afraid to ask him. 33 And they came to Caper'na-um; and when he was in the house he asked them, "What were you discussing on the way?" 34 But they were silent; for on the way they had discussed with one another who was the greatest. 35 And he sat down and called the twelve; and he said to them, "If any one would be first, he must be last of all and servant of all." 36 And he took a child, and put him in the midst of them; and taking him in his arms, he said to them, 37 "Whoever receives one such child in my name receives me; and whoever receives me, receives not me but him who sent me."
Draw Near to Me

But he bestows a greater grace; therefore, it says: God resists the proud, but gives grace to the humble. So submit yourselves to God. Resist the Devil, and he will flee from you. Draw near to God, and he will draw near to you. Cleanse your hands, you sinners, and purify your hearts, you of two minds. James 4:6-8

I guess when we are of two minds it means we are pulled in two opposite directions; one which wants us to be near to God, and one which wants us to draw away from God. Sometimes we are not aware that we are drawing away from God by the choices we make, choices that make us really busy. If I want to be physically fit, for instance, which is a good intention with no evil in it, then I have to spend hours for calisthenics and running regularly. If I wish to perform well for a board exam, I have to burn the midnight oil studying. If I wish to be updated and connected to my network of friends, I have to view their posts and pictures as well as add mine for them. I think it was Pope John Paul II who said, "It is amazing how the devil can put evil into the cleanest of intentions."
The only way to draw near to God is to be with Him in thought, deeds and words through prayer, Scripture, fellowship, teachings, and the Sacraments. If we balance our time properly to receive these, God will be with us while we run, while we study, even while we "connect."
LORD, let my two eyes see You, my two ears hear You, my two hands work with You and for You, my two feet go where I can proclaim You, but let my mind be only one, as You made it, and fixed on You. Amen.

Posted by Unknown at 6:23 AM No comments: