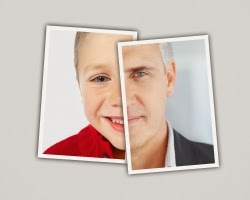 Beloved:
I am writing you, although I hope to visit you soon. But if I should be delayed, you should know how to behave in the household of God, which is the Church of the living God, the pillar and foundation of truth. Undeniably great is the mystery of devotion,

Who was manifested in the flesh, vindicated in the spirit, seen by angels, proclaimed to the Gentiles, believed in throughout the world, taken up in glory.

Jesus said to the crowds: “To what shall I compare the people of this generation? What are they like? They are like children who sit in the marketplace and call to one another,

For John the Baptist came neither eating food nor drinking wine, and you said, ‘He is possessed by a demon.’ The Son of Man came eating and drinking and you said, ‘Look, he is a glutton and a drunkard, a friend of tax collectors and sinners.’ But wisdom is vindicated by all her children.”

When we read the Bible, many times, we hear in the parables that Jesus is teaching us, that unless we become like little children, we cannot enter the Kingdom of Heaven. Maraming pagkakataon na ang mga bata ay binibigay sa atin bilang larawan o modelo o huwaran kung papaano tayo makakapasok sa Kaharian ng Langit.

But children are not always described in the Bible in a positive way. There are also times when children are described as being childish, and this is a trait that we need to overcome, if we want to enter the Kingdom of Heaven. For example, in one scene in the Gospel of John, when Jesus was talking to Peter, Jesus particularly addressed a childish tendency of Peter. And what childish tendency is this? Peter was very selfish. 'Yong mundo niya ay umiikot lang sa kanyang sarili.

Hindi ba ganoon naman talaga minsan ang mga bata? Lahat tayo nagdaan naman sa pagkabata. And I remember, when I was young - di pa naman ho masyadong matagal 'yon, ano (laughs) - 'yong mundo ko, umiikot lang sa akin. I was very selfish; I was very self-centered. And Peter exhibited many of those characteristics. That is why the Lord told Peter, "Peter, when you were young, you went about as you pleased. You did want you wanted to do. But time will come when someone will tie a belt on your waist, and bring you to where you would rather not go." What is Jesus saying here? 'Peter, talikuran mo na ang pagiging childish mo.' Kasi ang mga bata, gusto lang nilang gawin kung ano lang ang gusto nilang gawin.

How do we know if we are already transitioning from childhood into adulthood? When you are beginning to surrender what it is that you like to do, and you begin to appreciate that there are things that you need to do, even if you do not want to do them. In our Gospel today, ang ating Panginoon ay medyo naiinis na sa mga tao. Ang sabi niya, "To what shall I compare the people of this generation?....They are like little children in the marketplace, calling to one another, 'We played the flute for you, but you did not dance, we sang a dirge, but you did not weep'." So parang sinasabi ni Hesus, 'Ano ba talaga ang gusto ninyo?'

John the Baptist was an ascetic. He went into the desert, and ate locusts and honey. Noong makita siya ng mga tao, sabi nila, 'ay, sira-ulo 'yan'. And then when the Son of Man came and He is eating and drinking, nakikisama Siya sa mga tao, ano naman ang sabi nila? 'Ah...he is a glutton and a drunkard.' Sala sa init, sala sa lamig.

So what is the point? People during Jesus' time were behaving like little children. The center of their world was only themselves. And that is why no matter what comes before them, and no matter who invites them, no one can take them out of their self-centeredness. Walang makatatanggal sa kanilang pagiging makasarili. And so the challenge of today's Gospel is complete transition from being childish to being an adult. Because only an adult can really follow the Lord. And what does it mean to become an adult? It's when someone will tie a belt on our waist, and will bring us to somewhere we would rather not go - are we ready and willing to do this for the Lord? Are we willing to surrender everything to follow the Lord? Are we willing to say to the Lord, "Lord, tie a belt on my waist, and bring me to where I would rather not go"?

Look into your hearts - do you already have that disposition? O baka nasa puso pa natin, "Ay hindi, ayoko. Gusto ko, ako ang magtatali sa akin, at pupunta ako kung saan ko gusto pumunta." If that is the disposition in our hearts, then we are still awaiting purification. But if we are willing to surrender our will to the Lord, then we are already transitioning to that life worthy of discipleship to the Lord. Jesus is telling us to forget our childishness and take on the mind of an adult. St. Paul, in his many epistles, would say, 'When I was a child, I thought like a child, and behaved like a child...But now that I am an adult, it is no longer I that lives, but Christ lives in me."

How do we define a spiritual adult? When we can say, "It is no longer I that lives, but Christ living in me." As we continue with this Eucharist, let it be the grace that we will ask from the Lord. As we receive the Lord during Communion, let it be our prayer: "Lord, may it be no longer I, but You live in me." Amen.

Posted by Unknown at 9:00 AM No comments: