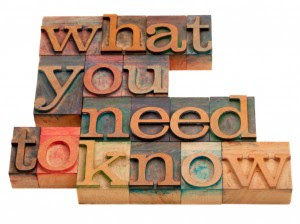 Brothers and sisters: After fourteen years I again went up to Jerusalem with Barnabas, taking Titus along also. I went up in accord with a revelation, and I presented to them the Gospel that I preach to the Gentiles-- but privately to those of repute-- so that I might not be running, or have run, in vain. On the contrary, when they saw that I had been entrusted with the Gospel to the uncircumcised,
just as Peter to the circumcised, for the one who worked in Peter for an apostolate to the circumcised worked also in me for the Gentiles, and when they recognized the grace bestowed upon me, James and Cephas and John, who were reputed to be pillars,
gave me and Barnabas their right hands in partnership, that we should go to the Gentiles and they to the circumcised. Only, we were to be mindful of the poor, which is the very thing I was eager to do.

And when Cephas came to Antioch, I opposed him to his face because he clearly was wrong. For, until some people came from James, he used to eat with the Gentiles; but when they came, he began to draw back and separated himself, because he was afraid of the circumcised. And the rest of the Jews acted hypocritically along with him, with the result that even Barnabas was carried away by their hypocrisy. But when I saw that they were not on the right road in line with the truth of the Gospel, I said to Cephas in front of all, "If you, though a Jew, are living like a Gentile and not like a Jew, how can you compel the Gentiles to live like Jews?"

Jesus was praying in a certain place, and when he had finished, one of his disciples said to him, "Lord, teach us to pray just as John taught his disciples." He said to them, "When you pray, say:

Father, hallowed be your name, your Kingdom come. Give us each day our daily bread and forgive us our sins for we ourselves forgive everyone in debt to us, and do not subject us to the final test."

Tomorrow is October 11, and I don't know if you are all aware what is going to happen tomorrow. Tomorrow will be a significant day in the calendar of the Church, as the Holy Father will formally open the Year of Faith, and this will end on November 24, 2013. The Holy Father will be opening a whole year dedicated to the faith. In fact in relation to this, the Holy Father has written an Apostolic letter entitled 'Porta Fidei', which means "The Door of Faith". And in that letter, the Holy Father tells us about dedicating one whole year of re-acquainting ourselves to the mystery of our faith.

Ano 'yong significance ng date na ito? October 11 is the anniversary of the opening of Vatican II or the Vatican Council. And tomorrow is the 50th anniversary of Vatican II, pero ang karamihan sa atin ay hindi pa rin naririnig kung ano ang Vatican II. The Vatican Council is the gathering of the Bishops from around the world, and 50 years ago, on October 11, 1962, the bishops and cardinals of the world gathered together in order to reflect on what it means to become a Church. Ito ay panahon ng pagninilay ng buong Simbahan, kasama ang Santo Papa. And out of that Council came 16 documents. Sino sa inyo ang nakabasa ng 16 documents of Vatican II? Ako hindi ko pa rin nababasa lahat, paunti-unti lang. But I think this is what Pope Benedict XVI is saying - we need to go back to the roots of our faith.

Alam po ninyo, marami pong mga Katoliko ngayon ang unti-unti nang nawawala sa pananampalataya. I once heard that in the United States, the second biggest Christian denomination after Catholics is - the group of ex-Catholics. They are leaving the Church. But if you ask them why, you will discover that they are leaving the Church that they hardly knew. Naaakit sila ng iba pang mga turo. Katulad ng narinig natin sa Unang Pagbasa ngayon, in the letter of St. Paul to the Galatians - St. Paul is telling the people of Galatia that we should treasure the faith that Jesus has given us. He was telling the Galatians "Do not leave the faith that Jesus has died for and gave to you". Hindi pa man lumalalim ang kanilang pananampalataya kay Hesus, sila ay naaakit na ng iba't ibang uri ng pananampalataya.

Paul might as well have been talking to each and every one of us. Madali tayong maaakit ng iba't ibang doktrina kapag hindi po natin kinilala at pinagtibay ang ating pananampalataya. As we enter into the Year of Faith tomorrow, and as the Holy Father begins and opens the Year of Faith, let us pray that we may enter the Door of Faith and rediscover once again the richness of our God-given heritage. 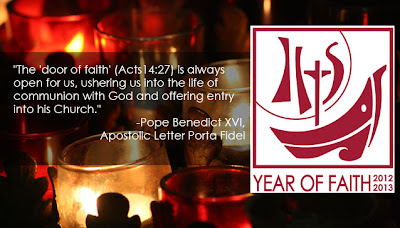 Posted by Unknown at 1:30 PM No comments: