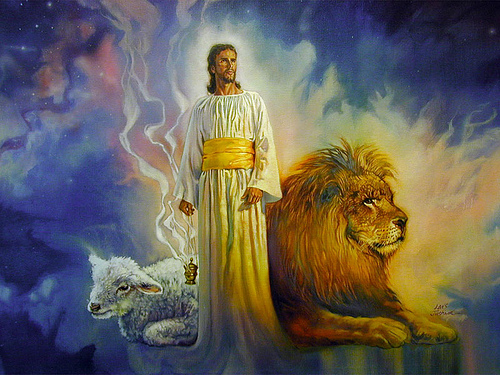 On the following Sabbath almost the whole city gathered to hear the word of the Lord. When the Jews saw the crowds, they were filled with jealousy and with violent abuse contradicted what Paul said. Both Paul and Barnabas spoke out boldly and said,“It was necessary that the word of God be spoken to you first, but since you reject it and condemn yourselves as unworthy of eternal life, we now turn to the Gentiles.  For so the Lord has commanded us, I have made you a light to the Gentiles, that you may be an instrument of salvation to the ends of the earth.”

The Gentiles were delighted when they heard this and glorified the word of the Lord. All who were destined for eternal life came to believe, and the word of the Lord continued to spread through the whole region. The Jews, however, incited the women of prominence who were worshipers and the leading men of the city, stirred up a persecution against Paul and Barnabas, and expelled them from their territory. So they shook the dust from their feet in protest against them and went to Iconium. The disciples were filled with joy and the Holy Spirit.

Jesus said to his disciples: “If you know me, then you will also know my Father. From now on you do know him and have seen him.”
Philip said to Jesus, “Master, show us the Father, and that will be enough for us.” Jesus said to him, “Have I been with you for so long a time and you still do not know me, Philip? Whoever has seen me has seen the Father. How can you say, ‘Show us the Father’? Do you not believe that I am in the Father and the Father is in me? The words that I speak to you I do not speak on my own. The Father who dwells in me is doing his works. Believe me that I am in the Father and the Father is in me,or else, believe because of the works themselves. Amen, amen, I say to you,whoever believes in me will do the works that I do, and will do greater ones than these, because I am going to the Father.  And whatever you ask in my name, I will do, so that the Father may be glorified in the Son. If you ask anything of me in my name, I will do it.”

The Gospel passage we heard this morning is an important reminder of the relationship of Jesus and the Father. And that relationship is one of unity, sameness. Jesus very clearly says, "I am in the Father, and the Father is in Me. If you know Me, then you know the Father." This may be a little difficult for us, and even for the apostles to understand. That's why even Philip, after Jesus spoke these words, he continued to ask, "Master, show us the Father, and that will be enough for us."

At that time, the people, the Jews, they believe in one God. That's the only thing they know - God, the Creator, the Master, the Lord. That is their idea of God. The all powerful one. They do not yet have that idea that there is another person in God. And it is Jesus who only revealed this, and the Holy Spirit. That is why our belief now in God is a Trinity. But for the Jews, they only have one idea of God, the Almighty.

And this is the difference between those who have faith and those who do not have faith. Those who do not have faith will continue to require evidence, proof, material things, something that they can see. 'Show us, show us.' But for those who have faith, it is enough to accept the person of Jesus, to hear His word, and to experience His works. That is why Jesus says that if we know Him, or if we accept Him, or if we look at His works, we will know the Father. That is the idea of John - to believe and to have faith in Jesus is to accept His person. 'Believe Me, that I am in the Father." Otherwise, believe, because of the works that Jesus does - His miracles, His goodness, His relationship with people. These are the two conditions of Jesus - if you want to know the Father, accept Me, or accept My works.

And there is something beautiful He adds here. 'If you believe in Me, you will do the works that I do, and will do even greater ones." Imagine that. Jesus is saying that if we believe in Him, we will do greater things than the miracles of Jesus. Unless you really have faith, you will never see the works of God.

This week, I have experienced it. I had experienced the faith of a person, and because of the faith of that person that is so strong, she saw the works of God in anything. Her daughter is afflicted with - not cerebral palsy - but, something like encephalitis, that affects the muscles. So, the daughter cannot move, she cannot walk, she cannot do anything. And for eight years, she suffered like that. For eight years, the daughter was bed-ridden. The doctors already gave up, but the mother did not give up. She continued to tell herself, "My daughter will get well. My daughter will get well." She is saying that because of her strong faith in God, in her belief that Papa God is so good.

Now, this mother and daughter come here every Sunday. They come here to go to mass. Eight years ago, the daughter was bed-ridden. She could not move and could not even open her eyelids. And then when she started to move her finger, her mother was so excited. "Father, God is hearing our prayers." And then she began to move little by little. Now she can talk; you can talk to her. I visited her last Thursday for anointing.

One who has faith in God, will see His works. If you do not have faith, you will never see the works of God.

This is an invitation for us to have faith in God. Since you cannot see God, have faith in Jesus. Jesus and the Father are one. And you will see the works of God. You will see miracles happening in your life.
Posted by Unknown at 1:21 PM No comments: