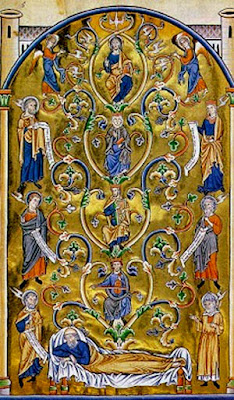 Jacob called his sons and said to them: "Assemble and listen, sons of Jacob, listen to Israel, your father. "You, Judah, shall your brothers praise --your hand on the neck of your enemies; the sons of your father shall bow down to you. Judah, like a lion's whelp, you have grown up on prey, my son. He crouches like a lion recumbent, the king of beasts--who would dare rouse him? The scepter shall never depart from Judah, or the mace from between his legs, While tribute is brought to him, and he receives the people's homage."

Brothers and sisters, this is the second day of our novena and hopefully, I pray that you will be able to complete it. Please complete it, regardless of the struggle. Because as I have already explained to you, the 9-day novena represents the 9 months that Jesus was in the womb of Mary. Kaya pag nag-absent kayo sa isa, kulang na ng isang buwan si Hesus. Kaya ho huwag kayong a-absent.

Yesterday, the Gospel talked about joy. Joy as a law from God, joy as an exhortation from God. But you can never give joy, without being responsible. You have to be responsible with your people. Kailan man ay hindi ka magiging masaya, kung wala ang iyong kaukulang pananagutan sa iyong kapwa. By simply sharing your cloth, by living a life of righteousness, by not extorting on people, falsely accusing people. In one simple term, live a righteous life.

Sometimes, the imperfection that we complain about in life is simply about ourselves. We can never change people. Don't wait for other people to change, because the only person we can change is ourselves. And in changing ourselves, others might change. Huwag ninyo pong antayin na magbago ang ibang tao, bago kayo magbago.

The second point I would like to stress on the genealogy is that, we have to understand that the choices we make, will either bring a curse or a blessing, not only to ourselves but even to the generations that come after us. Sin will always bring curse. Whether you like it or not, the choices of our leaders will either bring us curse or blessing in the future. Kaya nga po magandang ipaalala dito, mas maganda sa wikang Tagalog, 'sa mga magulang na kumain ng hilaw na ubas, ang mga anak ang nangangasim'. Ano po ang ibig sabihin nito? Kapag ang magulang ang nagkamali, kadalasan, ang anak ang nagdurusa.

It is good to ask ourselves, my dear friends, my dear brothers and sisters - will my choices make the generations after me curse themselves? Anuman ang pinagpipilian natin ngayon, may kapalit na bukas. Life is like a stick. You cannot simply pick up the other end and leave the other end behind. There are always consequences of our actions. Kaya't pagnilayan po - pagnilayan kung ano ang inyong ginagawa. 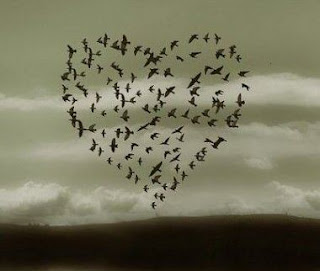 Third point that I would like you to think about, my brothers and sisters, is this. Yes, it is true, that all things work for good to those who love them. That is always true. In spite of our sinfulness, God will continue to bring us back to what is right. But as God tries to correct the wrongs of our lives, we continue to suffer the consequences of our sins. Pinipilit itama ng Diyos ang mga pagkakamali ni David, but it took 28 generations in order to reach the birth of Christ. From David to the Babylonian exile is 14 generations, from the Babylonian exile to the birth of Christ is another 14 generations. Can you imagine how long it takes to correct a generation that had made a wrong choice? Hindi porke nagsisi na, pwede na ulit. 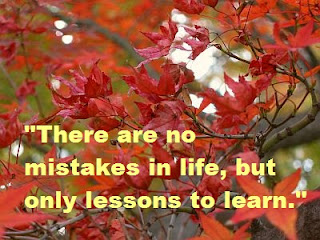 Posted by Unknown at 3:34 AM No comments: