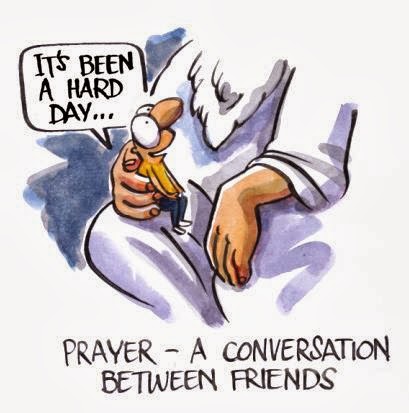 You have defied me in word, says the LORD, yet you ask, “What have we spoken against you?” You have said, “It is vain to serve God, and what do we profit by keeping his command, And going about in penitential dress in awe of the LORD of hosts? Rather must we call the proud blessed; for indeed evildoers prosper, and even tempt God with impunity.” Then they who fear the LORD spoke with one another, and the LORD listened attentively; And a record book was written before him of those who fear the LORD and trust in his name. And they shall be mine, says the LORD of hosts, my own special possession, on the day I take action. And I will have compassion on them, as a man has compassion on his son who serves him. Then you will again see the distinction between the just and the wicked; Between the one who serves God, and the one who does not serve him. For lo, the day is coming, blazing like an oven, when all the proud and all evildoers will be stubble, And the day that is coming will set them on fire, leaving them neither root nor branch, says the LORD of hosts. But for you who fear my name, there will arise the sun of justice with its healing rays.

Jesus said to his disciples: “Suppose one of you has a friend to whom he goes at midnight and says, ‘Friend, lend me three loaves of bread, for a friend of mine has arrived at my house from a journey and I have nothing to offer him,’ and he says in reply from within, ‘Do not bother me; the door has already been locked and my children and I are already in bed. I cannot get up to give you anything.’ I tell you, if he does not get up to give him the loaves because of their friendship, he will get up to give him whatever he needs because of his persistence.

“And I tell you, ask and you will receive; seek and you will find; knock and the door will be opened to you. For everyone who asks, receives; and the one who seeks, finds; and to the one who knocks, the door will be opened. What father among you would hand his son a snake when he asks for a fish? Or hand him a scorpion when he asks for an egg? If you then, who are wicked, know how to give good gifts to your children, how much more will the Father in heaven give the Holy Spirit to those who ask him?”

Yesterday, we were told how to pray to the Father, with the disposition of a child to his Father. And now, we see another picture of God - that of a friend, who will give us anything because of our persistence.

There was one who asked the late Pope John Paul II when he was still alive, 'How does the Pope pray?' And the Pope answered, 'The Pope prays as much as the Holy Spirit allows him to pray.' Basically, prayer is a relationship. We cannot go directly to God. That is why we have to ask the grace of the Holy Spirit for us to be able to communicate to God. And it is only upon being filled by the Holy Spirit that we can understand what God is telling us. The problem with us is we do not want God to be God. We demand much from Him. We do not allow Him to be ruling in our lives, to be reigning supreme in our hearts. We demand from Him a lot of our petitions, our supplications, but we do not want to listen, if God is telling us 'not yet', or 'I don't want to give that to you yet', or 'I will give you the best, more than what you are asking for'.