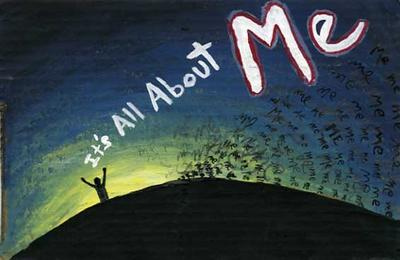 My son, when you come to serve the LORD, stand in justice and fear, prepare yourself for trials. Be sincere of heart and steadfast, incline your ear and receive the word of understanding, undisturbed in time of adversity. Wait on God, with patience, cling to him, forsake him not; thus will you be wise in all your ways. Accept whatever befalls you, when sorrowful, be steadfast, and in crushing misfortune be patient; For in fire gold and silver are tested, and worthy people in the crucible of humiliation. Trust God and God will help you; trust in him, and he will direct your way; keep his fear and grow old therein.

Jesus and his disciples left from there and began a journey through Galilee, but he did not wish anyone to know about it.  He was teaching his disciples and telling them, “The Son of Man is to be handed over to men  and they will kill him, and three days after his death the Son of Man will rise.”  But they did not understand the saying, and they were afraid to question him.

They came to Capernaum and, once inside the house, he began to ask them, “What were you arguing about on the way?”  But they remained silent. For they had been discussing among themselves on the way who was the greatest. Then he sat down, called the Twelve, and said to them, “If anyone wishes to be first,  he shall be the last of all and the servant of all.”  Taking a child, he placed it in their midst,  and putting his arms around it, he said to them, “Whoever receives one child such as this in my name, receives me; and whoever receives me, receives not me but the One who sent me.”

In today's Gospel, we hear Jesus Christ telling His disciples of His impending death. But instead of listening, they argue and talk about themselves, as to who was the greatest. A lot of times, we can also be like the disciples. We hear the Word of God, but we do not understand its meaning. The disciples were told plainly that the Son of Man will be killed and after three days, He will rise again. But the disciples did not understand, because they were so full of themselves.

One writer said that probably, one of the greatest problems in our generation today is egocentricity. I, ME, MINE. Lahat ako. Lahat nakasentro sa kagustuhan ko, sa pangangailangan ko. My career, my life, my work, my family, my happiness, my joy. Mine. Everything mine. And with this kind of mentality or attitude, we are no longer able to look at the needs of others. Every time we are suffering from brokenness, from pain, from heartaches, it's always us. We are so focused on our own miseries, our own failures, our own difficulties. One psychologist said that one step or one particular thing that one can do to alleviate his pain or his heartache is to look at the sufferings of others. And you'll discover that theirs is a lot greater than what you are carrying.

Even Pope Francis the other day said that our society today does not need to dissect theology. We just have to look around us and see the many people suffering from pain, brokenness and trials in life. It's not all about us. We have to remember that it's about HIM. When we face God, when we face Jesus Christ, we do not actually present our problems. We tell Him, "I am not interested in them, but in You, in You alone." And God will see the sincerity of our prayer and He will reward us.

My dear brothers and sisters, one of the greatest help that we could get from other people is their own miseries and burdens, for us to realize that ours is not that heavy a burden or cross that we think we are carrying. Amen.

Posted by Unknown at 8:51 AM No comments: