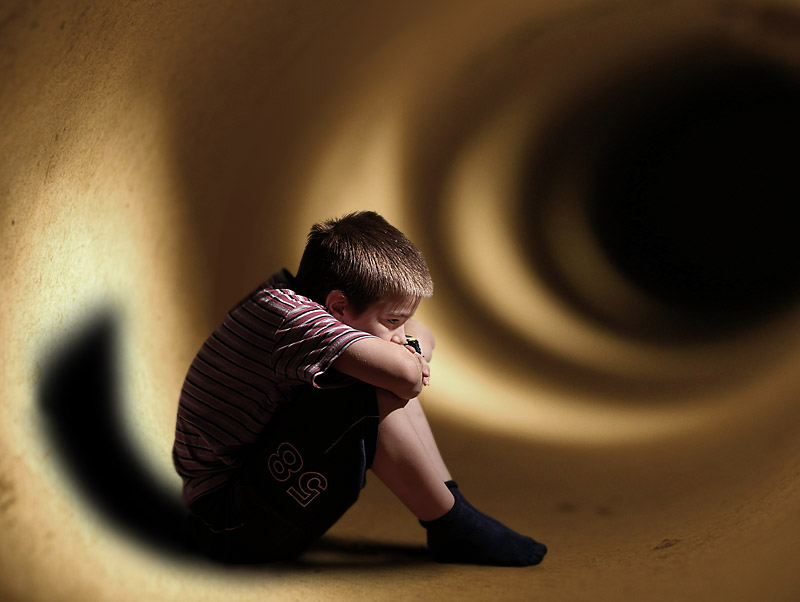 Now that their father was dead, Joseph’s brothers became fearful and thought, “Suppose Joseph has been nursing a grudge against us and now plans to pay us back in full for all the wrong we did him!” So they approached Joseph and said: “Before your father died, he gave us these instructions: ‘You shall say to Joseph, Jacob begs you to forgive the criminal wrongdoing of your brothers, who treated you so cruelly.’ Please, therefore, forgive the crime that we, the servants of your father’s God, committed.” When they spoke these words to him, Joseph broke into tears. Then his brothers proceeded to fling themselves down before him and said, “Let us be your slaves!” But Joseph replied to them: “Have no fear. Can I take the place of God? Even though you meant harm to me, God meant it for good, to achieve his present end, the survival of many people. Therefore have no fear. I will provide for you and for your children.” By thus speaking kindly to them, he reassured them.

Joseph remained in Egypt, together with his father’s family. He lived a hundred and ten years. He saw Ephraim’s children to the third generation, and the children of Manasseh’s son Machir were also born on Joseph’s knees.

Joseph said to his brothers: “I am about to die. God will surely take care of you and lead you out of this land to the land that he promised on oath to Abraham, Isaac and Jacob.” Then, putting the sons of Israel under oath, he continued, “When God thus takes care of you, you must bring my bones up with you from this place.” Joseph died at the age of a hundred and ten.

“Therefore do not be afraid of them. Nothing is concealed that will not be revealed, nor secret that will not be known. What I say to you in the darkness, speak in the light; what you hear whispered, proclaim on the housetops. And do not be afraid of those who kill the body but cannot kill the soul; rather, be afraid of the one who can destroy both soul and body in Gehenna. Are not two sparrows sold for a small coin? Yet not one of them falls to the ground without your Father’s knowledge. Even all the hairs of your head are counted. So do not be afraid; you are worth more than many sparrows. Everyone who acknowledges me before others I will acknowledge before my heavenly Father. But whoever denies me before others, I will deny before my heavenly Father.”
HOMILY

There was a senior citizen who was feeling quite bad, because his adult children are not in good terms with him. He was telling his friends, "If I only knew that this would happen.....When their mother left me, I was left all alone to take care of them. I made a lot of sacrifices for them. I did not even get married again because of them. If only I knew that this would happen, I would have left them with their mother, at sila na ang bahala. It was really wrong for me to have done that." But his friend told him, "I don't think it was wrong. What you did was correct. The reaction of your children does not make it wrong. It is your good action that allowed you to appreciate what you did, let alone if they do not appreciate it."

The opposite has taken place in the life of Joseph in our First Reading for today. He was the one who had reason to be angry, to take revenge for what his brothers had done to him. They left him almost dead, but they repented and just stoned him, and reported to their father that Joseph was dead, not knowing later on that what they did was for their good. God always writes straight lines even on crooked lines. God allowed Joseph to experience the agony of what happened to him, for him to be an instrument of salvation of many people for later years.

God is also telling us, through today's Gospel, to take courage and not to be afraid of those who can kill the body but cannot kill the soul. Let us not be afraid to stand for the right to do good. If you are doing what is right, do not be afraid to move on, to continue on doing that right thing. The goodness in our heart should not be removed from us, only because we are not appreciated for what we do. In the end, the Lord will be the One to take notice of it. It is the Lord who will reward us for the good that we do for others.

It is true that many times, what we do may be thankless. Minsan, ikaw na nga ang gumagawa nang mabuti, ikaw na nga ang tumutulong, ikaw pa ang napapasama. But then that does not make it wrong. That does not deprive the person of the good that God sees in the person who is doing it. Like Joseph, there is a reward at the end of our days -  if not in this world, it will be in the life to come. And it is all because God does not let go of the good that we do. He may close an eye on our wrongdoings, but the good, He will always account on our stead.

Therefore, as we look into the readings of today, Jesus tells us not to be afraid. He says that we should be afraid of those who can kill or destroy all the good that we receive. But while at it, we hold to what God has given to us, and that is the good that He has implanted in our hearts. Even though a lot of wrong things may be happening, the goodness in the hearts of many of us should not disappear. Let us not exchange goodness with what is happening around us, just because we are not given back what we have given. The Lord knows everything. He knows that at the end, there is always the Resurrection that will see everything in the light of God. In the name of the Father, and of the Son, and of the Holy Spirit. Amen.

Posted by Unknown at 2:13 PM No comments: