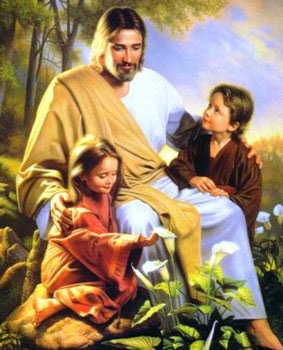 This word of the LORD of hosts came:

Thus says the LORD of hosts:

I am intensely jealous for Zion, stirred to jealous wrath for her. Thus says the LORD: I will return to Zion, and I will dwell within Jerusalem; Jerusalem shall be called the faithful city, and the mountain of the LORD of hosts, the holy mountain.

Then John said in reply, “Master, we saw someone casting out demons in your name and we tried to prevent him because he does not follow in our company.” Jesus said to him, “Do not prevent him, for whoever is not against you is for you.”

And a lot of us must have placed the goal or the dream to become the greatest - to be acclaimed as the best. That is why when Jesus Christ was asked by His disciples, He took a little child in His lap and said that whoever wants to be the greatest, must be like these little children.

Nowadays, it has become sort of an election - a priority, a preferential option in our society to be the best. Most of us would want to be the greatest by becoming the most popular, the richest, the most powerful. But actually, in the eyes of God, the one who is the least, is the greatest.

Similarly, our Gospel yesterday about the poor man Lazarus, who has the Hebrew name 'Eleazar', which means 'my God is my help', tells us that whoever puts his trust and total faith in God is the one who is considered the greatest. This is the reason why Lazarus went to heaven. He may have been poor in terms of material wealth, but he was rich in the eyes of God, because of his faith.

Saint Augustine said that it is pride who turned the angels into devils, but it will be humility that will make man angels. Amen.