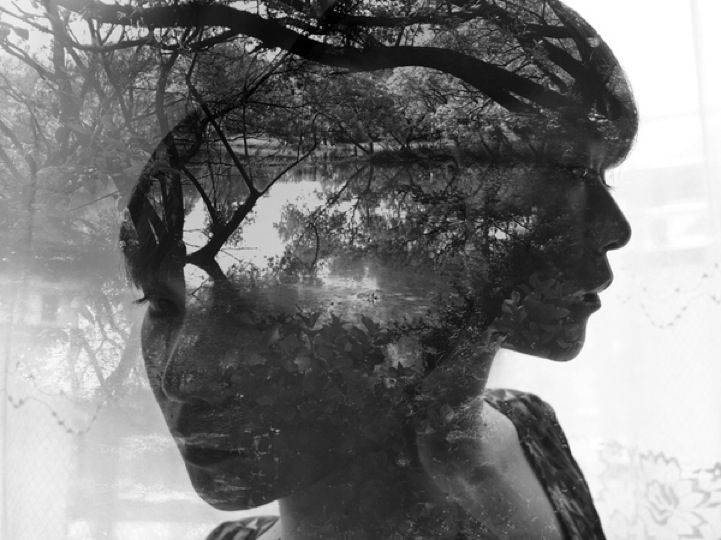 The tent, which was called the meeting tent, Moses used to pitch at some distance away, outside the camp. Anyone who wished to consult the LORD would go to this meeting tent outside the camp. Whenever Moses went out to the tent, the people would all rise and stand at the entrance of their own tents, watching Moses until he entered the tent. As Moses entered the tent, the column of cloud would come down and stand at its entrance while the LORD spoke with Moses. On seeing the column of cloud stand at the entrance of the tent, all the people would rise and worship at the entrance of their own tents. The LORD used to speak to Moses face to face, as one man speaks to another. Moses would then return to the camp, but his young assistant, Joshua, son of Nun, would not move out of the tent.

Moses stood there with the LORD and proclaimed his name, “LORD.” Thus the LORD passed before him and cried out, “The LORD, the LORD, a merciful and gracious God, slow to anger and rich in kindness and fidelity, continuing his kindness for a thousand generations, and forgiving wickedness and crime and sin; yet not declaring the guilty guiltless, but punishing children and grandchildren to the third and fourth generation for their fathers’ wickedness!” Moses at once bowed down to the ground in worship. Then he said, “If I find favor with you, O LORD, do come along in our company. This is indeed a stiff-necked people;  yet pardon our wickedness and sins, and receive us as your own.”

So Moses stayed there with the LORD for forty days and forty nights, without eating any food or drinking any water, and he wrote on the tablets the words of the covenant, the ten commandments.

Jesus dismissed the crowds and went into the house. His disciples approached him and said, “Explain to us the parable of the weeds in the field.” He said in reply, “He who sows good seed is the Son of Man, the field is the world, the good seed the children of the Kingdom. The weeds are the children of the Evil One, and the enemy who sows them is the Devil. The harvest is the end of the age, and the harvesters are angels. Just as weeds are collected and burned up with fire, so will it be at the end of the age. The Son of Man will send his angels, and they will collect out of his Kingdom all who cause others to sin and all evildoers. They will throw them into the fiery furnace, where there will be wailing and grinding of teeth. Then the righteous will shine like the sun in the Kingdom of their Father. Whoever has ears ought to hear.”

The painting "The Last Supper" by Leonardo da Vinci took several years before it was finished. Da Vinci would be spending a lot of time around Milan and will be wandering and looking for people to pose for the disciples of Jesus Christ and for Jesus himself. After several years, Da Vinci finally found a person, a man, who passed and who he thought would be perfect for Judas. When the man was asked if he could pose to be one of the disciples, he agreed. After the painting, after the man saw that the disciple he posed for was Judas, he was shocked, and told Da Vinci, "Don't you remember me? You also asked me a few years back to pose for one of the disciples. But then, you chose me to be John. And I am shocked to learn that now, you have painted me as Judas."

My dear brothers and sisters, a lot of times, we consider ourselves the good ones, because we go to church, we attend the Eucharist regularly, while the people who do not come to mass, the criminals, the so-called evildoers in our society, belong to the bad group of people. But very rarely do we realize that the struggle of good and evil is in all of us. Naroon ang kasamaan, naroon ang kabutihan. Napakahirap kung minsan piliin ang kabutihan, kahit pilit tayong gumagawa nang mabuti o nagdarasal sa Diyos.

What we fail to learn is that God is so patient enough to wait for us, patiently waiting for us to be transformed, to come back to Him, be reconciled back to Him, and to turn away from sin. In the First Reading, when Moses asked God that he wanted to know God's ways so that he can see God's glory, instead of God telling Moses of His might, of His power, of His greatness, He told Moses that the Lord is merciful, gracious, slow to anger, kind, not to remember your sins, even for thousands of ages, and forgiving even the hardened criminals or the evil things that people do. Instead of telling Moses how great He is, God is telling us that He is pure love, and that we have only to turn away from sin and be transformed into becoming His children.

My dear brothers and sisters, the Word of God is a seed that is planted in our hearts. It depends on us where to go, where to lead, or which one to obey - the goodness or the evil in us. God said that we who have ears must always be transformed by the Word of God. Amen.