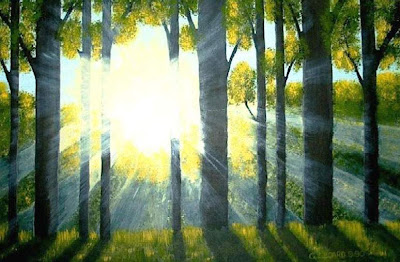 ‘Tis not knowing much, but what is useful, that makes a wise person.

Do not boast about tomorrow; for you do not know what a day may bring forth.
Proverbs 27:1

Posted by Unknown at 1:51 PM No comments:

Email ThisBlogThis!Share to TwitterShare to FacebookShare to Pinterest
Labels: 2012, Joy of Quotes, September 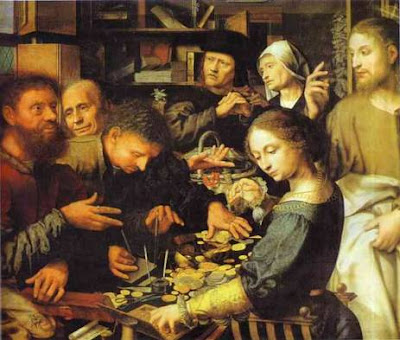 Brothers and sisters: I, a prisoner for the Lord, urge you to live in a manner worthy of the call you have received, with all humility and gentleness, with patience, bearing with one another through love, striving to preserve the unity of the Spirit through the bond of peace: one Body and one Spirit, as you were also called to the one hope of your call; one Lord, one faith, one baptism; one God and Father of all, who is over all and through all and in all.
But grace was given to each of us according to the measure of Christ's gift.
And he gave some as Apostles, others as prophets, others as evangelists, others as pastors and teachers, to equip the holy ones for the work of ministry, for building up the Body of Christ, until we all attain to the unity of faith and knowledge of the Son of God, to mature manhood, to the extent of the full stature of Christ.

As Jesus passed by, he saw a man named Matthew sitting at the customs post. He said to him, "Follow me." And he got up and followed him. While he was at table in his house, many tax collectors and sinners came and sat with Jesus and his disciples. The Pharisees saw this and said to his disciples, "Why does your teacher eat with tax collectors and sinners?" He heard this and said, "Those who are well do not need a physician, but the sick do. Go and learn the meaning of the words, I desire mercy, not sacrifice. I did not come to call the righteous but sinners."


Good afternoon brothers and sisters. Today is the feast of St. Matthew, the Apostle and Evangelist. Who is St. Matthew? We all know that he was a tax collector, a Jew who collected taxes for their Roman conquerors. Therefore, he also collected scorn, hatred and enemies.

One day, Jesus called Matthew to follow Him. And he followed Jesus. He quit collecting taxes and started collecting brothers in spirit – the other Apostles. Then he collected facts on Jesus’ early life – His teachings, His thoughts and miracles. And then he wrote them all down into the first book of the New Testament, which is what we have – the Gospel of Matthew.

Then after Jesus left, Matthew preached among his fellow Jews, now collecting their hearts and souls for Jesus.

I’d like to ask you. What’s your collection? Personally? Maybe some of us are collecting grudges, hurts, fears, addictions. Jesus in this mass calls on each of us to quit collecting spiritual garbage and start following the Lord.

Let us all resolve to read the whole Gospel of Matthew and start collecting forgiveness, start collecting healing, freedoms and commitment to the Lord, and experience true joy and freedom in serving Jesus. Amen. 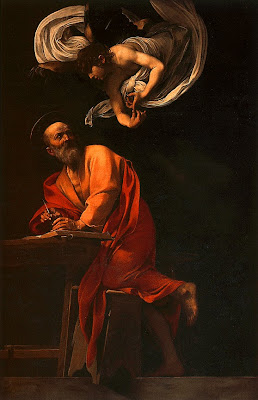 St. Matthew – Pray for us

You may also want to see: A Holy Life - St. Matthew the Apostle

Posted by Unknown at 1:48 PM No comments: 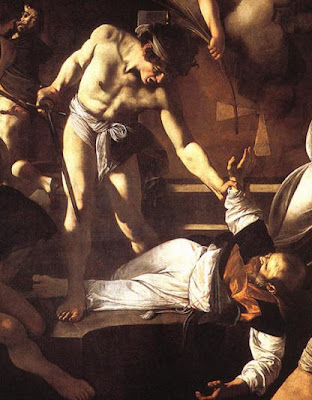 Among the early followers and apostles of Jesus, Matthew is mentioned in Mt 9:9 and Mt 10:3 as a former tax collector from Capernaum who was called into the circle of the Twelve by Jesus. He is also named among the number of the Twelve, but without identification of his background, in Mk 3:18, Lk 6:15 and Acts 1:13. He is called Levi, son of Alpheus, in Mk 2:14 and Lk 5:27. He may have collected taxes from the Hebrew people for Herod Antipas. Matthew was "called" by Jesus of Nazareth to be one of the Twelve Disciples. According to the New Testament he was one of the witnesses of the Resurrection and the Ascension.

Matthew was a first century Galilean (presumably born in Galilee, which was not part of Judea or the Roman Iudaea province) and the son of Alpheus. During the Roman occupation (which began in 63 BC with the conquest of Pompey), Matthew collected taxes from the Hebrew people for Herod Antipas, the tetrarch of Galilee. His tax office was located in Capernaum. Jews who became rich in such a fashion were despised and considered outcasts. However, as a tax collector he would have been literate in Aramaic and Greek.

It was in this setting, near what is today Almagor, that Jesus called Matthew to be one of the Twelve Disciples. After his call, Matthew invited Jesus home for a feast. On seeing this, the Scribes and the Pharisees criticized Jesus for eating with tax collectors and sinners. This prompted Jesus to answer, “I came not to call the righteous, but sinners” (Mark 2:17)

When Matthew is mentioned in the New Testament, he is sometimes found paired with Thomas. The New Testament records that as a disciple; he followed Jesus, and was one of the witnesses of the Resurrection and the Ascension. Afterwards, the disciples withdrew to an upper room (Acts 1:10-14) (traditionally the Cenacle) in Jerusalem. The disciples remained in and about Jerusalem and proclaimed that Jesus was the promised Messiah.

Matthew may also be mentioned in the Talmud.
Later Church fathers such as Ireneaus and Clement of Alexandria claim that Matthew, for 15 years, preached the Gospel in Hebrew to the Jewish community in Judea, before going to other countries. Ancient writers are not agreed as to what these other countries are. The Roman Catholic Church and the Orthodox Church each hold the tradition that Matthew died as a martyr.

Sources for this article were taken from http://en.wikipedia.org/wiki/Saint_Matthew.

God, You chose St. Matthew the Publican to become an Apostle. By following his example and benefiting by his prayers, may we always follow and abide by Your will.
Amen.

God of mercy, You chose a tax collector, St. Matthew, to share the dignity of the apostles. By his example and prayers, help us to follow Christ and remain faithful in Your service. We ask this through Our Lord Jesus Christ, Your Son, Who lives and reigns with You and the Holy Spirit, one God, forever and ever.
Amen.

St. Matthew – Pray for us

Posted by Unknown at 1:41 PM No comments: