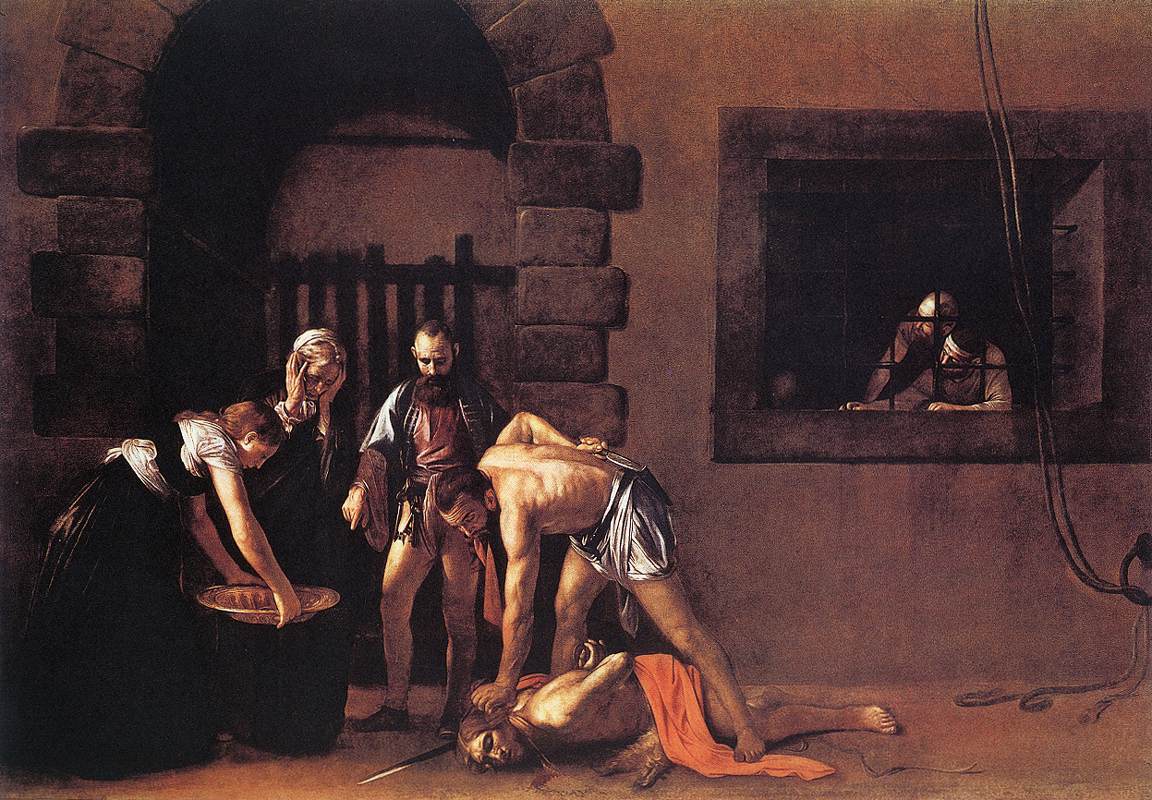 We have been reassured about you, brothers and sisters, in our every distress and affliction, through your faith. For we now live, if you stand firm in the Lord.

What thanksgiving, then, can we render to God for you, for all the joy we feel on your account before our God? Night and day we pray beyond measure to see you in person and to remedy the deficiencies of your faith. Now may God himself, our Father, and our Lord Jesus direct our way to you, and may the Lord make you increase and abound in love for one another and for all, just as we have for you, so as to strengthen your hearts,  to be blameless in holiness before our God and Father at the coming of our Lord Jesus with all his holy ones. Amen.

Herod was the one who had John the Baptist arrested and bound in prison on account of Herodias,  the wife of his brother Philip, whom he had married. John had said to Herod, “It is not lawful for you to have your brother’s wife.” Herodias harbored a grudge against him and wanted to kill him but was unable to do so. Herod feared John, knowing him to be a righteous and holy man, and kept him in custody. When he heard him speak he was very much perplexed, yet he liked to listen to him. She had an opportunity one day when Herod, on his birthday, gave a banquet for his courtiers, his military officers, and the leading men of Galilee. Herodias’ own daughter came in and performed a dance that delighted Herod and his guests. The king said to the girl, “Ask of me whatever you wish and I will grant it to you.” He even swore many things to her, “I will grant you whatever you ask of me, even to half of my kingdom.” She went out and said to her mother, “What shall I ask for?” She replied, “The head of John the Baptist.” The girl hurried back to the king’s presence and made her request, “I want you to give me at once on a platter the head of John the Baptist.” The king was deeply distressed, but because of his oaths and the guests he did not wish to break his word to her.
So he promptly dispatched an executioner with orders to bring back his head. He went off and beheaded him in the prison. He brought in the head on a platter and gave it to the girl. The girl in turn gave it to her mother. When his disciples heard about it, they came and took his body and laid it in a tomb.

First, John was called to preach repentance and conversion to sinners, including Herod. That is why Herod could not kill John because he respects what John is telling him, even if it hurt him. Herod is like some people, too. They only like to listen to eloquent speakers and read inspiring books, but they do not want to follow what the speaker or the book is telling them to do, because they do not want change.

Second, John the Baptist was called to preach and stand for the truth. There was a song many years ago by Billy Joel. To those of you who were born yesterday, you know who Billy Joel is. (laughs) He wrote the song titled 'Honesty'. The lyrics go like this - 'Honesty is such a lonely word, everyone is so untrue.' Brothers and sisters, this is happening in our society today. It seems that a lot of people do not anymore speak the truth. Honesty is such a lonely word; everyone is so untrue. The message of the song is telling us that we have an 'honesty crisis' - a true crisis. Just imagine the 10 billion peso scam in the government. People will always cover up and not tell the truth, because they are afraid that something will happen to them. At least Napoles surrendered; hopefully she will tell the truth of what she has done, and also ask those who connived with her to tell the truth. Herod knew the truth that John was telling him, yet he wanted to play deaf, because he was afraid to lose his reputation, his position, his power, and most of all, his money.

Third, the call is for John to offer his life for the Kingdom of God. This is our call. We have to give our lives for the sake of the Kingdom. This is what a true disciple of Jesus is all about - giving up one's life for the sake of the Kingdom. In the life of a disciple, he will always encounter people who do not like what he says, because the truth always hurts. But Jesus also shows us that when we accept the truth, the truth will set us free. Many saints and martyrs died because they stood for the truth.

I see a parallelism in the story of John the Baptist and in the life of Saint Thomas Moore during the time of King Henry VIII. King Henry VIII had a woman named Anne Boleyn. King Henry VIII wanted to divorce his wife and marry Anne Boleyn, a young, beautiful woman. And he asked Thomas Moore, the Chancellor of England, who was second to him, to sign the document so that he can become King and Head of the Church of England. But Thomas Moore stood his ground. Even his own daughter and his own friends persuaded him to give up, yet, Saint Thomas Moore, instead of looking at his position as the second most powerful person in England at that time, stood his ground. He was beheaded.

Brothers and sisters, Jesus challenges us today to live out our baptismal promises , by sharing in His Life, Passion, Death and Resurrection. In other words, to live a life according to the truth, and like John the Baptist, be a true witness of Jesus, even if it will cost our own life.