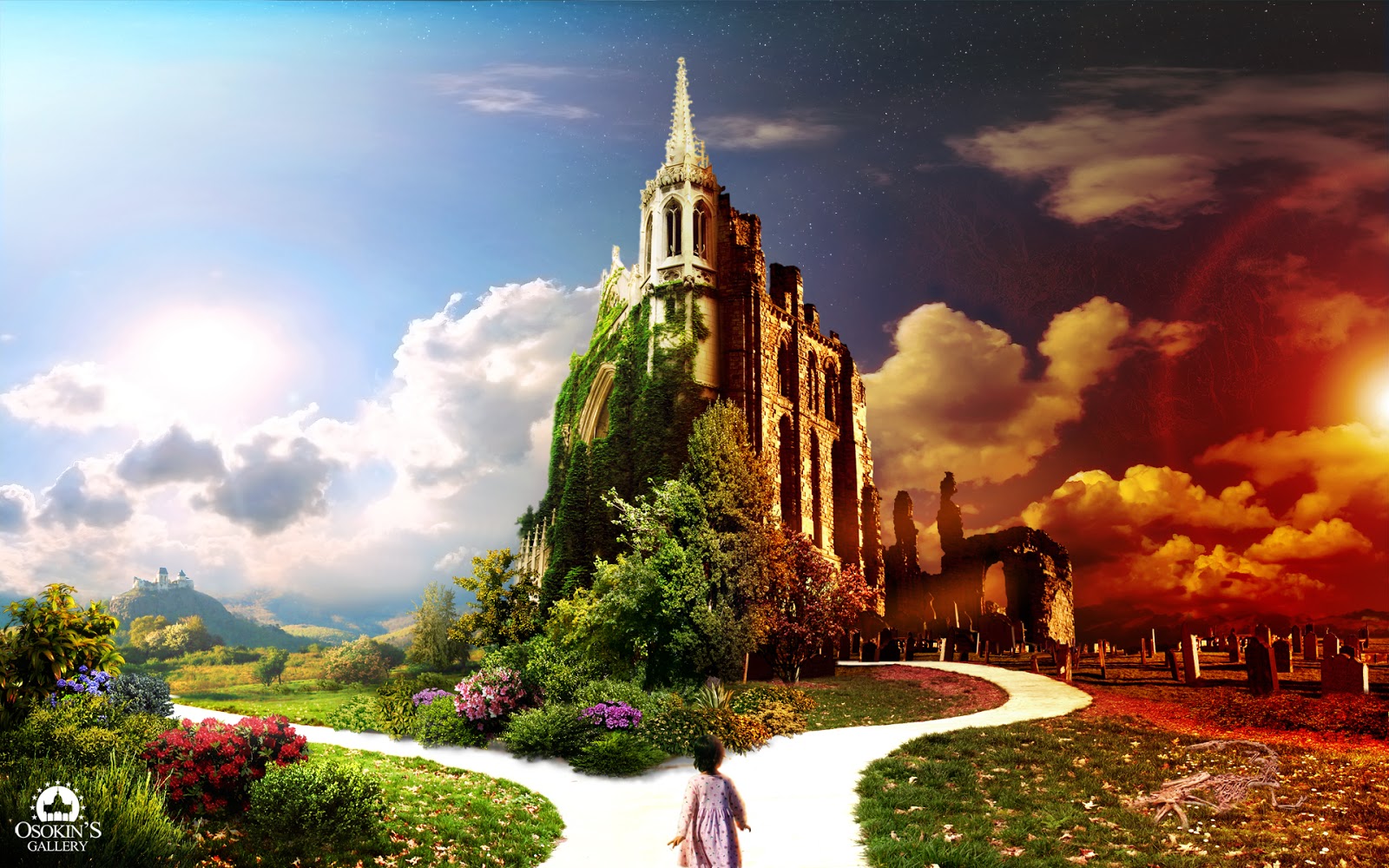 Abram was very rich in livestock, silver, and gold.

Lot, who went with Abram, also had flocks and herds and tents, so that the land could not support them if they stayed together; their possessions were so great that they could not dwell together. There were quarrels between the herdsmen of Abram’s livestock and those of Lot’s. (At this time the Canaanites and the Perizzites were occupying the land.)

So Abram said to Lot: “Let there be no strife between you and me, or between your herdsmen and mine, for we are kinsmen. Is not the whole land at your disposal? Please separate from me. If you prefer the left, I will go to the right; if you prefer the right, I will go to the left.” Lot looked about and saw how well watered the whole Jordan Plain was as far as Zoar, like the LORD’s own garden, or like Egypt. (This was before the LORD had destroyed Sodom and Gomorrah.) Lot, therefore, chose for himself the whole Jordan Plain and set out eastward. Thus they separated from each other; Abram stayed in the land of Canaan, while Lot settled among the cities of the Plain, pitching his tents near Sodom. Now the inhabitants of Sodom were very wicked in the sins they committed against the LORD.

After Lot had left, the LORD said to Abram: “Look about you, and from where you are, gaze to the north and south, east and west; all the land that you see I will give to you and your descendants forever. I will make your descendants like the dust of the earth; if anyone could count the dust of the earth, your descendants too might be counted. Set forth and walk about in the land, through its length and breadth, for to you I will give it.” Abram moved his tents and went on to settle near the terebinth of Mamre, which is at Hebron. There he built an altar to the LORD.

Jesus said to his disciples: “Do not give what is holy to dogs, or throw your pearls before swine, lest they trample them underfoot, and turn and tear you to pieces.

“Do to others whatever you would have them do to you. This is the Law and the Prophets.

In our Gospel, we are challenged, we are questioned - more important than life and death - about everlasting life or life in eternal damnation. Jesus Christ was asked, 'Lord, will there be many who will be saved?' His answer was not in numbers, but He said that only a few were willing to strive to pass through the narrow gate. A lot of people think that going to heaven is an easy task because they hear the verses '...then coming from the East and the West, and the North and the South, we will be dining at the banquet of God'. They think that unless one has done something really drastic like killing a person, one is entitled to go to heaven.

But my dear brothers and sisters, it is not that. We have to face the possibility of us getting lost. Cardinal Hans urs von Balthasar, one of the gentlest theologians, said that every Christian individual must confront the possibility of being lost, with great seriousness. And this was also true in the case of St. Francis de Sales. When he was a young man, he was thinking so hard that he will not be saved. One day, in front of the statue of Our Lady, he prostrated himself, and for hours, abandoned himself to God. He gave himself entirely to God. After rising back, he said that 'it's as if scales of a leopard fell from his skin', and he was reborn. After that, he entered the seminary and became a priest. He was instrumental in turning the people of Europe back to the Catholic faith. Whenever he spoke, people listened because he always confronted them with the question, "What is more important than life and death?" He always told them that we must always fear the possibility that our souls will be damned to eternal fire.