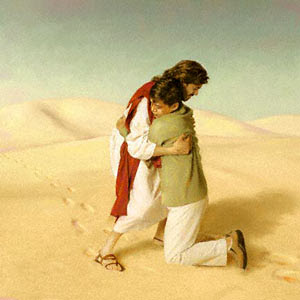 The LORD said to Joshua, “Today I have removed the reproach of Egypt from you.”

Brothers and sisters: Whoever is in Christ is a new creation: the old things have passed away; behold, new things have come. And all this is from God, who has reconciled us to himself through Christ  and given us the ministry of reconciliation, namely, God was reconciling the world to himself in Christ, not counting their trespasses against them  and entrusting to us the message of reconciliation. So we are ambassadors for Christ, as if God were appealing through us. We implore you on behalf of Christ, be reconciled to God. For our sake he made him to be sin who did not know sin, so that we might become the righteousness of God in him.

Today is the fourth Sunday of Lent, which is also, called Laetare Sunday. The word 'laetare' means to rejoice. If you'd notice, I'm wearing a pink chasuble, or more of old rose than pink. We are allowed to wear old rose twice a year, during Laetare Sunday, which coincides with the fourth Sunday of Lent, and Gaudete Sunday, which coincides with the third Sunday of Advent. And the reason for this is that the Church has been in penance for a long time, which is symbolized by the color purple, and we break it by the pink or old rose color. This color is the coolest, probably, among the colors, and looking at it gives us a feeling of joy. Coincidentally, in mental institutions, sometimes we use the color pink to calm down the more violent among the patients. So pink has a cooling effect.

But we wear pink today because today is a happy day. Why is it a happy day? It is because the Lord is telling us about the Father's mercy. We heard in today's Gospel the parable of the prodigal son. And this parable was addressed, not to the sinners, but actually to the religious leaders at that time, the Pharisees and the lawyers.

And let us admit that almost all of us probably have a little bit of the Pharisee within us. The Pharisees were complaining why Jesus was welcoming sinners. They forgot or they failed to anticipate the real message of our Lord Jesus Christ. And His message is mercy. Mercy and pardon for sinners.

In the parable of the lost son, something precious was lost, and the person that was lost, was found, after a frantic search, and after anguished waiting. When the lost son was found, there was great joy.

So what does this mean for each and every one of us? There is joy in finding someone who is lost. There is a lot of joy. And that's why it is right that we celebrate, because God is merciful. God is either frantically looking for us or He is waiting for us expectantly, with a little bit of anguish.

But this is how God is with us. He searches for us and waits for us. Just like the lost sheep. Iniwan ng shepherd 'yong 99 na tupa, para lang hanapin 'yong isang tupang nawawala. At pag nakita ni Hesus ang nawawalang tupa, sasabihin Niya, "Mabuti nakita na kita. Wala ka bang sakit? Wala ka bang pilay?" And with tenderness, He will say, "Halika na, uwi na tayo...Uwi na tayo." This is how Jesus Christ is with us.

In the parable of the prodigal son, the younger son got his inheritance and went to a distant country where he squandered the money of his father. He spent everything freely, until he found himself in dire need. Pati sa baboy nakiki-kain na siya. Pag nilayasan natin ang bahay ng Ama, magbubuhay baboy talaga tayo. Buhay baboy. But the Gospel says the son came to himself, and in coming to his senses, he decided to go back to his father's house.

That is the prodigal son. Now what about the father? The Gospel says that the father saw his son coming home, from still a long way off. Ano ang ibig sabihin noon na malayo pa lang ay nakita ka na ng iyong ama? Ang ibig sabihin no'n ay walang ginawa 'yong Tatay mo kundi dumungaw. Nasaan na kaya 'yong anak ko? So when the father saw the son, he was moved with compassion and then he ran towards the boy. Then coming to him, he embraced him and covered him in kisses. Tuwang-tuwa ang Ama. And this is how our God is, with us.

God is so merciful to us. Let us be merciful, as the Father is merciful. Ang ating Ama ay laging naghihintay, inaabangan tayo, nakadungaw sa bintana. Hindi ka Niya pwedeng pilitin. Nasa sa iyo 'yon. At pag babalik ka na, malayo ka pa lang, natatanaw Ka na Niya. He will run to you, cover you with kisses and embrace you, and will bestow You your heritage. 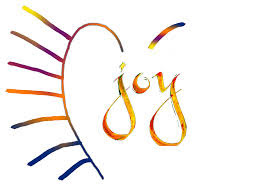