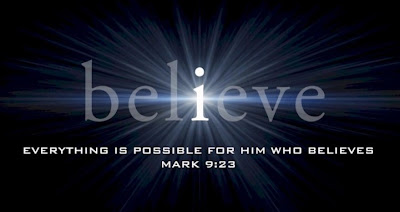 The Church throughout all Judea, Galilee, and Samaria was at peace. She was being built up and walked in the fear of the Lord, and with the consolation of the Holy Spirit she grew in numbers.

As Peter was passing through every region, he went down to the holy ones living in Lydda. There he found a man named Aeneas, who had been confined to bed for eight years, for he was paralyzed. Peter said to him, “Aeneas, Jesus Christ heals you. Get up and make your bed.” He got up at once. And all the inhabitants of Lydda and Sharon saw him, and they turned to the Lord.

Now in Joppa there was a disciple named Tabitha (which translated is Dorcas). She was completely occupied with good deeds and almsgiving. Now during those days she fell sick and died, so after washing her, they laid her out in a room upstairs. Since Lydda was near Joppa, the disciples, hearing that Peter was there, sent two men to him with the request, “Please come to us without delay.” So Peter got up and went with them. When he arrived, they took him to the room upstairs where all the widows came to him weeping and showing him the tunics and cloaks that Dorcas had made while she was with them. Peter sent them all out and knelt down and prayed. Then he turned to her body and said, “Tabitha, rise up.” She opened her eyes, saw Peter, and sat up. He gave her his hand and raised her up, and when he had called the holy ones and the widows, he presented her alive. This became known all over Joppa, and many came to believe in the Lord.

Many of the disciples of Jesus who were listening said, “This saying is hard; who can accept it?” Since Jesus knew that his disciples were murmuring about this, he said to them, “Does this shock you? What if you were to see the Son of Man ascending to where he was before? It is the Spirit that gives life, while the flesh is of no avail. The words I have spoken to you are Spirit and life. But there are some of you who do not believe.” Jesus knew from the beginning the ones who would not believe and the one who would betray him. And he said, “For this reason I have told you that no one can come to me unless it is granted him by my Father.”

As a result of this, many of his disciples returned to their former way of life and no longer walked with him. Jesus then said to the Twelve, “Do you also want to leave?” Simon Peter answered him, “Master, to whom shall we go? You have the words of eternal life. We have come to believe and are convinced that you are the Holy One of God.”

For this week, if we listen to the Gospel readings, Jesus Christ has been talking about being the Bread of Life, being the Word that gives life. And when we listen to such words, sometimes it is very difficult to understand its real meaning or implication. That is why we say that the doctrine is difficult to comprehend. The doctrines of the Church are for believing. It is not like philosophy, it is not like science. It is talking about the Spirit of God, and it is very difficult to understand the language that talks about Spirit.

When we say the Word of Life, we know that if we listen to people who talk positively on how we can live a life free of sin, those words are life-giving. If we do not listen to them and do what they tell us, we are prone to error and sin. One cannot commit a mistake by listening to the Word that gives life, by reading the Gospels, by listening to people preaching about the Word. You cannot go wrong. But if you listen to other words out there in the world, most of them are misleading, most of them are dividing. They do not sow life. That is the difference between the Word that gives life and the word that denies life.

So when we listen to Christ talking about Himself as the Word that gives life, sent by God the Father, we ought to believe. It is not for debating at all, it is not for argument, it is not for analyzing. And that is what we call doctrine, which is different from the moral teachings of the Church. With the moral teachings, you can debate, you can talk about it, you can analyze, but at the end of the day, you also have to follow it, as it is what the Church teaches with authority from above.

We who are Catholics, somehow, have to be properly catechized in order to understand the implication and the importance of the doctrines of our Church. Jesus, in the Gospel today, tells that 'it is hard for you to understand'. Those who did not understand ran away. They departed. Then Jesus asked if the others also want to run away because the Word that He teaches is hard. And Peter responds by asking, "Where can we go?" That kind of response is standing for many of us who constantly say, "Lord, where can we go? What can we follow? Which are the teachings that we can follow, apart from following You up to our death?"

Doctrines are not easy. When Jesus talks about giving life, about Him coming from God the Father, this is doctrine. When we profess in the Creed that we believe in God, the Father Almighty, Creator of heaven and earth, we are actually talking about the sermons that Jesus Christ taught to His Apostles. So the moment we begin to depart from our doctrines, then we know that we are following something else. If we remain to be divided, we cannot serve two masters at the same time. It is either you save one and disown the other. So if you say you believe in Christ, you don't need to mix with other teachings.

You see that Peter in the First Reading is performing miracles, curing the sick, raising the dead, in the name of Jesus, and not in any other name. That is how doctrine is important, and that is how doctrine is hard. Because doctrine should be followed, not to be debated, not to be questioned, but for believing in. That should be made clear to each and every Christian - that we do not argue about our faith, because we cannot find logical, reasonable answers that are as scientific as you can put them, as it is a matter of faith.