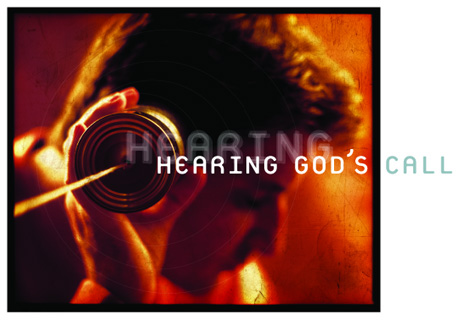 When hunger came to be felt throughout the land of Egypt and the people cried to Pharaoh for bread, Pharaoh directed all the Egyptians to go to Joseph and do whatever he told them. When the famine had spread throughout the land, Joseph opened all the cities that had grain and rationed it to the Egyptians, since the famine had gripped the land of Egypt. In fact, all the world came to Joseph to obtain rations of grain, for famine had gripped the whole world.

The sons of Israel were among those who came to procure rations.

It was Joseph, as governor of the country, who dispensed the rations to all the people. When Joseph’s brothers came and knelt down before him with their faces to the ground, he recognized them as soon as he saw them. But Joseph concealed his own identity from them and spoke sternly to them.

With that, he locked them up in the guardhouse for three days.

On the third day Joseph said to his brothers: “Do this, and you shall live; for I am a God-fearing man. If you have been honest, only one of your brothers need be confined in this prison, while the rest of you may go and take home provisions for your starving families. But you must come back to me with your youngest brother. Your words will thus be verified, and you will not die.” To this they agreed. To one another, however, they said: “Alas, we are being punished because of our brother. We saw the anguish of his heart when he pleaded with us, yet we paid no heed; that is why this anguish has now come upon us.” Reuben broke in, “Did I not tell you not to do wrong to the boy? But you would not listen!  Now comes the reckoning for his blood.” The brothers did not know, of course, that Joseph understood what they said, since he spoke with them through an interpreter. But turning away from them, he wept.

Jesus summoned his Twelve disciples and gave them authority over unclean spirits to drive them out and to cure every disease and every illness. The names of the Twelve Apostles are these: first, Simon called Peter, and his brother Andrew; James, the son of Zebedee, and his brother John; Philip and Bartholomew, Thomas and Matthew the tax collector; James, the son of Alphaeus, and Thaddeus; Simon the Cananean, and Judas Iscariot who betrayed Jesus.

Jesus sent out these Twelve after instructing them thus, “Do not go into pagan territory or enter a Samaritan town. Go rather to the lost sheep of the house of Israel. As you go, make this proclamation: ‘The Kingdom of heaven is at hand.’”

I think that it is also a beautiful image of our relationship with God. Because we can also describe God as the Voice who is calling us. And that is what we heard in the Gospel for today - Jesus calling the 12 disciples, and giving them a mission to fulfill. Lahat po tayo ay tinatawag ng Panginoon. And I'm sure all of us hear the same voice. At lahat tayo ay nagsisimulang nakatalikod. But many of us do not make that turnaround, in order to face the Voice that is calling us. Many of us are intrigued by the Voice. Parang naaakit tayo ng tinig na 'yon, but for one reason or another, we do not want to face the Voice. Because we know that once we make that turnaround, it would demand something from us. It will demand from us a decision that we have to make.

'Yong pagtawag na 'yon, ito ay hindi lamang po sa mga magpapari o magma-madre. Pag narinig kasi natin ang kwento ng pagtawag ni Hesus sa mga disipulo, 'ay para sa mga pari 'yan, para 'yan sa mga madre'. No. This is an illustration of our collective vocation. Every day and every moment of our life, there is a voice that calls us, and we are also called to make a decision. Are we going to make a turnaround? Are we going to face the Voice that is calling us?

Iba-iba din ang pagtawag sa atin, eh. For some of us, God may be calling us to conversion. And that is what the Voice is telling us - conversion from a particular vice, from a particular sin. At marami sa atin, siguro naririnig natin ang tinig na 'yon, pero nagdadalawang isip tayo. Haharapin ko ba 'yon, or will I continue to ignore it, because I know that once I face it, it will demand from me a decision. At alam natin ang ibig sabihin when we make a decision, and that means there should be no turning back.

Eh gano'n naman po talaga ang ibig sabihin ng salitang 'decision'. The word decision comes from the Latin word 'decaedere'. Ano ang ibig sabihin ng 'de'? It means 'about' or 'of'. Ano 'yong 'caedere'? It means 'to cut' or 'to kill'. So literally, to decide means 'to kill'. That is why we have the word suicide, which means killing the 'sui' or the self. Homicide means you are killing the 'homo', the man. The word 'cide' or 'caedere' means 'to kill'. And when you are making a decision, analogously speaking, you are killing other options, and the only one option that is in front of you is the one that you will pursue. That is why when a man decides to marry a woman, in a subtle way, the man says that all other women are already dead in front of me, kasi isa na lang ang aking susundan. At gayon din naman 'yong babae. Pag nag-decide na pakasalan niya ang isang lalaki, ibig sabihin, all the other suitors are dead in front of her, because she has decided to marry this particular man. When you decide, you kill all other options and you pursue the voice that is calling your attention.

Siguro sa misang ito, magandang tanungin natin ang ating mga sarili. Number one - do we listen to that Voice? Or even if we hear that Voice, are we hesitant? Parang may pag-aalinlangan pa - iikot ba ako, tatalikod ba ako, o haharapin ko ba 'yong tinig na tumatawag sa akin? And lastly, the more important question is - what is the quality of your decision? Can people rely on your decision? Can people rely on your word? When you make a decision, is it truly straightforward or committed?

In this Holy Mass, we pray for that grace, that just like the apostles, may we open our hearts to the Voice that calls us continuously, and let us also pray for the courage, that when we make a decision, it is a decision marked by commitment, conviction and perseverance. Amen.

Posted by Unknown at 7:45 AM No comments: