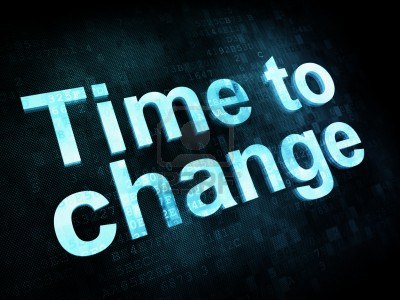 You yourselves know, brothers and sisters, that our reception among you was not without effect. Rather, after we had suffered and been insolently treated, as you know, in Philippi, we drew courage through our God to speak to you the Gospel of God with much struggle. Our exhortation was not from delusion or impure motives, nor did it work through deception. But as we were judged worthy by God to be entrusted with the Gospel, that is how we speak, not as trying to please men, but rather God, who judges our hearts. Nor, indeed, did we ever appear with flattering speech, as you know, or with a pretext for greed–God is witness– nor did we seek praise from men, either from you or from others, although we were able to impose our weight as Apostles of Christ. Rather, we were gentle among you, as a nursing mother cares for her children. With such affection for you, we were determined to share with you not only the Gospel of God, but our very selves as well, so dearly beloved had you become to us.

Jesus said: “Woe to you, scribes and Pharisees, you hypocrites. You pay tithes of mint and dill and cummin, and have neglected the weightier things of the law: judgment and mercy and fidelity. But these you should have done, without neglecting the others. Blind guides, who strain out the gnat and swallow the camel!

“Woe to you, scribes and Pharisees, you hypocrites. You cleanse the outside of cup and dish, but inside they are full of plunder and self-indulgence. Blind Pharisee, cleanse first the inside of the cup, so that the outside also may be clean.”

When Jesus preached in a community, usually, there will be some religious leaders who would be, let's say, listening to Him or watching Him. Oftentimes, they would ask questions to put down Jesus or to make a case against Him. Jesus' teaching of the Father and of dying to oneself is a threat to the Pharisees and the Scribes. That is why Jesus called them hypocrites.

Being a hypocrite is to be an actor or to pretend to be someone that you are not. In a play or a show, hypocrites will wear masks to denote or to show another kind of character or personality. We, too, sometimes wear this kind of mask. If we are true to ourselves, oftentimes, we can also call ourselves hypocrites. When we want to be with some people or to be allowed into a certain community, we would pretend to be someone or to know someone. It is because we are afraid that we will be rejected or not accepted.

My brothers and sisters, yesterday, thousands of people attended the 'A Million March' in Luneta to call for the abolishment of the pork barrel. If we want change in our country, we should first change ourselves. Corruption must stop within ourselves. More and more people practice corruption. For example, when we apply for a business, or when we are caught by a traffic aide, what do we say? "Baka naman pwede natin pag-usapan ito...Ito na lang o, para wala na akong resibo o wala na akong tiket." When we want something to be approved immediately, we would pass something 'under the table'. If we really want change, then we should change ourselves first.

My dear brothers and sisters, the invitation to us by the Gospel entails a dying to ourselves. It is an invitation for us to be true to ourselves, just like Jesus' being true to the Father, dying on the Cross, so that all of us will enter heaven. Let us clean ourselves first, before we call to clean our family, our community, our nation. The change should first come from us, not from others.

Saint Monica, the mother of Saint Augustine, was married to a pagan. And Augustine, in almost half of his life, also lived like a pagan. But Saint Monica never ceased to pray for the conversion of her husband and her son. And eventually, just before she died, Augustine became a Christian.

We, too, should not lose hope for our country. If we want change, let us continue to pray for our leaders and for ourselves, and change from inside, out. Amen.