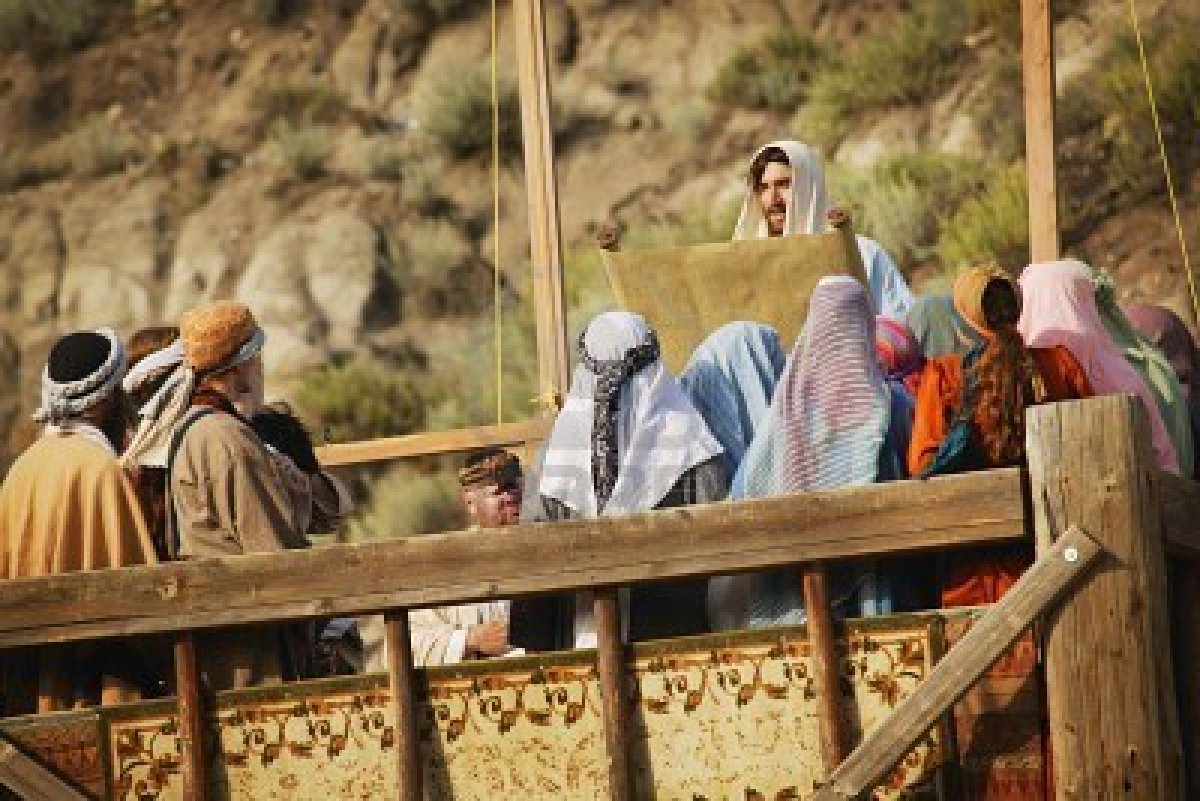 We do not want you to be unaware, brothers and sisters, about those who have fallen asleep, so that you may not grieve like the rest, who have no hope. For if we believe that Jesus died and rose, so too will God, through Jesus, bring with him those who have fallen asleep. Indeed, we tell you this, on the word of the Lord, that we who are alive, who are left until the coming of the Lord, will surely not precede those who have fallen asleep. For the Lord himself, with a word of command, with the voice of an archangel and with the trumpet of God, will come down from heaven, and the dead in Christ will rise first. Then we who are alive, who are left, will be caught up together with them in the clouds to meet the Lord in the air. Thus we shall always be with the Lord. Therefore, console one another with these words.

Jesus came to Nazareth, where he had grown up, and went according to his custom into the synagogue on the sabbath day. He stood up to read and was handed a scroll of the prophet Isaiah. He unrolled the scroll and found the passage where it was written:

The Spirit of the Lord is upon me, because he has anointed me to bring glad tidings to the poor. He has sent me to proclaim liberty to captives and recovery of sight to the blind, to let the oppressed go free, and to proclaim a year acceptable to the Lord.

Rolling up the scroll, he handed it back to the attendant and sat down, and the eyes of all in the synagogue looked intently at him.
He said to them, “Today this Scripture passage is fulfilled in your hearing.” And all spoke highly of him and were amazed at the gracious words that came from his mouth. They also asked, “Is this not the son of Joseph?” He said to them, “Surely you will quote me this proverb, ‘Physician, cure yourself,’ and say, ‘Do here in your native place the things that we heard were done in Capernaum.’” And he said, “Amen, I say to you, no prophet is accepted in his own native place. Indeed, I tell you, there were many widows in Israel in the days of Elijah when the sky was closed for three and a half years and a severe famine spread over the entire land. It was to none of these that Elijah was sent, but only to a widow in Zarephath in the land of Sidon. Again, there were many lepers in Israel during the time of Elisha the prophet; yet not one of them was cleansed, but only Naaman the Syrian.” When the people in the synagogue heard this, they were all filled with fury. They rose up, drove him out of the town, and led him to the brow of the hill on which their town had been built, to hurl him down headlong. But he passed through the midst of them and went away.

Our Gospel reading today is an illustration kung ano ang buhay ng ating Panginoong habang Siya ay nangangaral tungkol sa paghahari ng Diyos. In the beginning, He was successful, applauded, dinudumog ng tao, hinahanap-hanap. But towards the end, the same people doubted Him and also wanted to kill Him. Sino ba ito? Isn't this man the son of Joseph? Is not Mary an ordinary housewife? That was God's experience.

Why? Why did the people want to harm Jesus? St. Paul has a very graphic answer to this question. He said that it is out of jealousy that the people wanted to kill Jesus. Envy, jealousy. This is what they felt when they were told by Jesus that He could not do to them - to His own town home - what He has done in Capernaum. They could not accept that Jesus did miracles for people from other places, but not for the Jews, given that He is a Jew. Jesus was very kind to other people, but not the Jews.

It is He, Himself, the Lord, who proclaimed that He is a prophet, apart from being true God. And as a prophet, He has three functions. Number one, He has to proclaim to all the world the Good News of God, the power of God. Second, He has to denounce the evil that is going around. And the third one is that He has to challenge the people who listen to Him, to follow the will of God. That is His role, until His death on the Cross.

The Gospel today reminds us that by virtue of our baptism, as Christians, we also share in the priesthood of Christ. We have the kingly function where we should serve, we have the priestly function when we offer the mass, and we have our role as prophets, that is why we have to proclaim the Good News of the Lord in our midst, and at the same time, denounce the evil that is going on around us. This is our duty; we have to obey, not our own wishes, but the will of God, as sharers of the function of Christ.