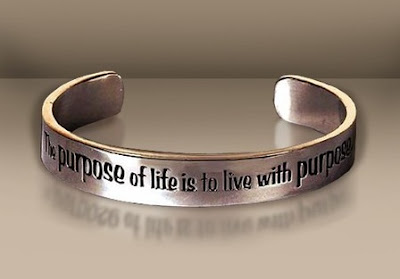 Since the children share in blood and Flesh, Jesus likewise shared in them, that through death he might destroy the one who has the power of death, that is, the Devil, and free those who through fear of death had been subject to slavery all their life. Surely he did not help angels but rather the descendants of Abraham; therefore, he had to become like his brothers and sisters in every way, that he might be a merciful and faithful high priest before God to expiate the sins of the people. Because he himself was tested through what he suffered, he is able to help those who are being tested.

On leaving the synagogue Jesus entered the house of Simon and Andrew with James and John. Simon’s mother-in-law lay sick with a fever. They immediately told him about her. He approached, grasped her hand, and helped her up. Then the fever left her and she waited on them.

When it was evening, after sunset, they brought to him all who were ill or possessed by demons. The whole town was gathered at the door. He cured many who were sick with various diseases, and he drove out many demons, not permitting them to speak because they knew him.

Rising very early before dawn,  he left and went off to a deserted place, where he prayed. Simon and those who were with him pursued him and on finding him said, “Everyone is looking for you.” He told them, “Let us go on to the nearby villages that I may preach there also. For this purpose have I come.” So he went into their synagogues, preaching and driving out demons  throughout the whole of Galilee.

There is a story of a wonderful assistant of a boss who was asked to deliver some extra bonuses for the staff, to which he obliged and gave one by one to them. Now, people have grown accustomed that the assistant will always give a bonus once every two months that eventually, he became popular with the staff. The staff will always say, "Dito tayo dumikit kasi nasa kanya ang pera natin." And he will say, "O, talagang didikit kayo sa akin. Kung hindi kayo pupunta sa akin, hindi ko ibibigay ang bonus n'yo."

My brothers and sisters, how many of us have been victims of this attitude? And how many of us, most probably, wanted to be this?

Jesus knew His priorities in life. When He was asked to cure, He will cure. But He knew that curing is not His primary objective on earth, but to preach throughout the world, to bring the Good News and point to the Father, not to Himself. He was not the one they should worship, but the Father. And what is important to Jesus was not to simply cure a few, but to heal the whole of humanity.

It is good to look into ourselves. What is the true purpose of what we do here in life? Are we doing things because we would like the accolades of others and we would want them to clap their hands on our accomplishments, because we want all the attention for ourselves? Or do we do things because it pleases us to show our love to the Father?

Let us make our choice. Do we glorify ourselves, or do we give glory to our God, the One who gave us life?

Posted by Unknown at 9:41 AM No comments: