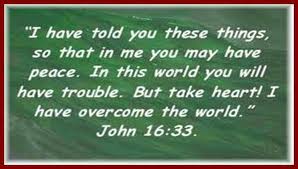 While Apollos was in Corinth, Paul traveled through the interior of the country and down to Ephesus where he found some disciples.  He said to them, “Did you receive the Holy Spirit when you became believers?” They answered him, “We have never even heard that there is a Holy Spirit.” He said, “How were you baptized?” They replied, “With the baptism of John.” Paul then said, “John baptized with a baptism of repentance, telling the people to believe in the one who was to come after him, that is, in Jesus.” When they heard this, they were baptized in the name of the Lord Jesus. And when Paul laid his hands on them, the Holy Spirit came upon them, and they spoke in tongues and prophesied. Altogether there were about twelve men.

He entered the synagogue, and for three months debated boldly with persuasive arguments about the Kingdom of God.

The disciples said to Jesus, “Now you are talking plainly, and not in any figure of speech. Now we realize that you know everything and that you do not need to have anyone question you. Because of this we believe that you came from God.” Jesus answered them, “Do you believe now? Behold, the hour is coming and has arrived when each of you will be scattered to his own home and you will leave me alone. But I am not alone, because the Father is with me. I have told you this so that you might have peace in me. In the world you will have trouble, but take courage, I have conquered the world.”