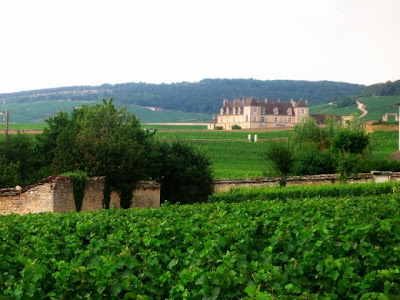 One day, when his brothers had gone to pasture their father’s flocks at Shechem, Israel said to Joseph,  “Your brothers, you know, are tending our flocks at Shechem. Get ready; I will send you to them.”

So Joseph went after his brothers and caught up with them in Dothan. They noticed him from a distance, and before he came up to them, they plotted to kill him. They said to one another: “Here comes that master dreamer! Come on, let us kill him and throw him into one of the cisterns here; we could say that a wild beast devoured him. We shall then see what comes of his dreams.”

When Reuben heard this, he tried to save him from their hands, saying, “We must not take his life. Instead of shedding blood,” he continued, “just throw him into that cistern there in the desert; but do not kill him outright.” His purpose was to rescue him from their hands and return him to his father. So when Joseph came up to them, they stripped him of the long tunic he had on; then they took him and threw him into the cistern, which was empty and dry.

They then sat down to their meal. Looking up, they saw a caravan of Ishmaelites coming from Gilead, their camels laden with gum, balm and resin to be taken down to Egypt. Judah said to his brothers: “What is to be gained by killing our brother and concealing his blood?  Rather, let us sell him to these Ishmaelites, instead of doing away with him ourselves. After all, he is our brother, our own flesh.” His brothers agreed. They sold Joseph to the Ishmaelites for twenty pieces of silver.

Jesus said to the chief priests and the elders of the people:  “Hear another parable. There was a landowner who planted a vineyard,
put a hedge around it, dug a wine press in it, and built a tower. Then he leased it to tenants and went on a journey. When vintage time drew near, he sent his servants to the tenants to obtain his produce. But the tenants seized the servants and one they beat, another they killed, and a third they stoned. Again he sent other servants, more numerous than the first ones, but they treated them in the same way. Finally, he sent his son to them, thinking, ‘They will respect my son.’ But when the tenants saw the son, they said to one another, ‘This is the heir. Come, let us kill him and acquire his inheritance.’ They seized him, threw him out of the vineyard, and killed him. What will the owner of the vineyard do to those tenants when he comes?” They answered him, “He will put those wretched men to a wretched death and lease his vineyard to other tenants who will give him the produce at the proper times.” Jesus said to them, “Did you never read in the Scriptures:

The stone that the builders rejected has become the cornerstone; by the Lord has this been done, and it is wonderful in our eyes?

Therefore, I say to you, the Kingdom of God will be taken away from you and given to a people that will produce its fruit.” When the chief priests and the Pharisees heard his parables, they knew that he was speaking about them. And although they were attempting to arrest him, they feared the crowds, for they regarded him as a prophet.

Today is March 1, 2013, first Friday, and in the calendar of the Catholic Church, officially today, the Pope steps down as the universal leader of the Catholic Church. Wala na po tayo ngayong Papa. But what I can say is - this is a supreme act of humility on the part of Pope Benedict XVI. Imagine - you are at the highest position in the Church, and then you divested yourself of that power. Hindi po madali na tanggalin ang power. Hindi po katulad ng ating mga pulitiko na kapit-tuko. Nakatatlo nang term, ipapasa pa sa asawa (laughs), pagkatapos namang ipasa sa asawa , babalik ulit, pangatlong term ulit, ipapasa naman do'n sa anak, at pagkatapos, babalik na naman. Walang sawa.

This is really a great example of how to use power. Pope Benedict XVI knew that he will not be able to function effectively. Kaya sabi niya, 'Enough is enough. But I will not stop praying for the Church. I will not abandon the Cross. I will accompany you in your pilgrimage, by praying for all of you." Palakpakan po natin si Pope Benedict XVI, (loud applause) for his dedication, for his writings. Napakaganda po ng mga naisulat niya. Kahit po siya ay number one na very strict theologian, nagsimula po siya sa very basic na encyclical. If you must remember, the first encyclical written by Pope Benedict XVI is "Deus Caritas Est", which means "God is love." It is very basic. We are being reminded by Pope Benedict XVI about the tremendous love of God for all of us.

This is how the Lord is dealing with all of us. Sometimes, the Lord will allow us to experience tragedies. And from that tragedy, the blessing of the Lord will come out. This is my story (Father raises his right hand). My healing started from an accident. That accident made my hand look like the hand of Jesus Christ. And from that accident, my ministry of healing came out, nang nabaluktot ang aking daliri. This is the story of Joseph. From tragedy, the blessing of the Lord came out.

Going to our Holy Gospel for today. Alam po ninyo the Gospel talks about the Kingdom of God. And there are many symbolisms. The land owner represents God. The tenants represent the religious people, the religious leaders, the Scribes and Pharisees. The slaves represent the prophets, the kings, the patriarchs whom the Lord sent. And then the son who was killed, is Jesus Christ. The harvest is the end of the world, while the vineyard is the Kingdom of God.

Today, as we celebrate first Friday, let us reflect on our faith. Ang atin bang pananampalata ay patuloy na lumalago? Patuloy na tumitibay? Do we always ask for a sign for our faith? Let us cease asking the Lord for signs. But just believe that God has a beautiful plan for all of us. In the name of the Father, and of the Son, and of the Holy Spirit. Amen.

Posted by Unknown at 7:37 AM No comments: